Turkish lira gains against dollar after move on lira deposits 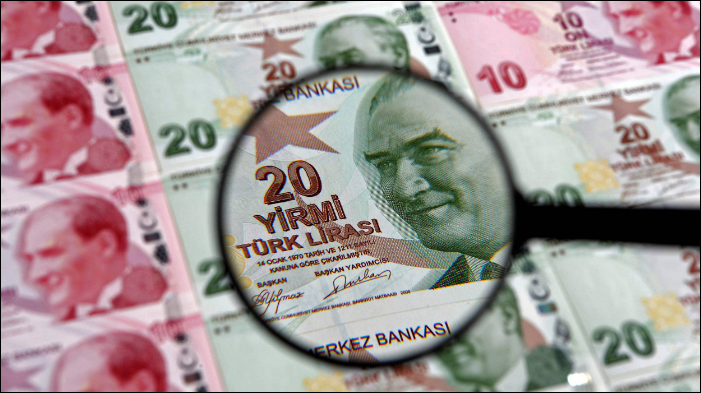 The Turkish lira strengthened against the dollar on Friday as a cut in taxes on lira bank deposits helped rein in losses from a day earlier.

The currency firmed one percent to 6.5800 by 0730 GMT, rebounding strongly from an overnight low of 6.8994. Turkish markets were closed for a public holiday on Thursday, but the lira continued to trade offshore.

The currency found support from a decision announced in the Official Gazette to lower the level of withholding tax on lira bank deposits, while raising the level on foreign currency deposits of up to one year.

“It appears to be a step taken to make lira deposit usage more attractive and to make a move from forex to lira deposits ‘profitable’,” said TEB Investment/BNP Paris strategist Isik Okte.

“More actions will be taken by the authorities to reduce short-term USDTRY (dollar/lira) volatilities.”

The central bank and the banking watchdog have taken a series of measures to try to prop up the currency since its recent slide began, although it has not raised interest rates since early June.

The central bank has been under pressure not to increase interest rates, despite high inflation and the lira’s slide, which has fueled concerns about Turkey’s economic outlook.

Shares in state lender Halkbank rose 3.5 percent after it said it was launching a share buyback program with a maximum amount of 450 million shares.