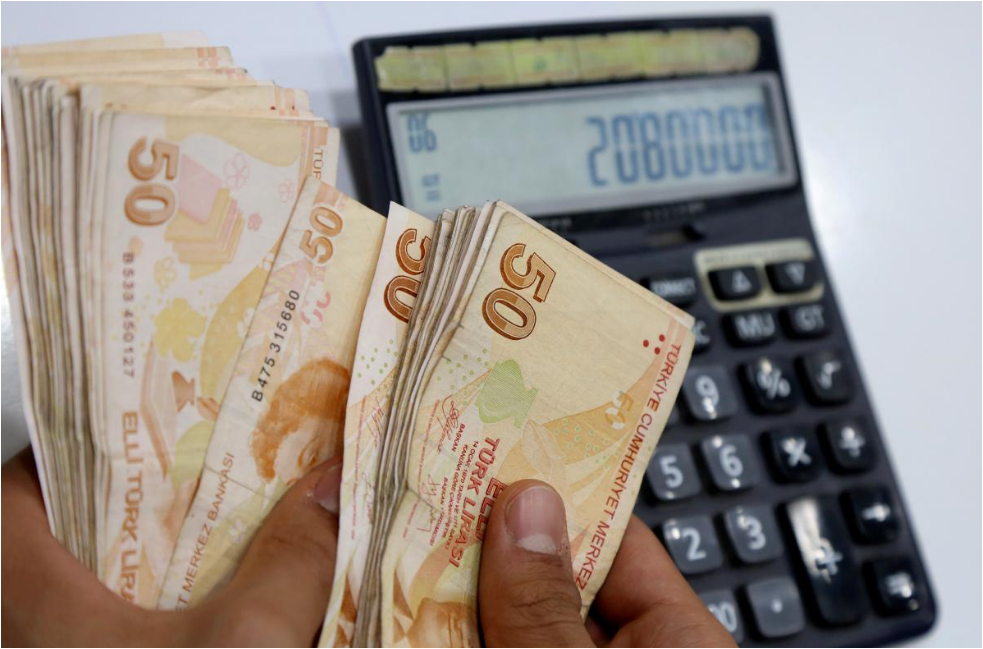 Turkey’s lira wobbled in volatile trade on Friday, as investors tried to gauge prospects of another interest rates increase after this week’s emergency action by authorities struggling to stabilise the plunging currency.

The central bank, which raised its top interest rate by 3 percentage points to 16.5 percent on Wednesday, followed up on Friday with a move to help companies repay some foreign currency debt.

Turkey’s currency has fallen about 20 percent this year, hit by investors’ concern about the strengthening influence of President Tayyip Erdogan on monetary policy. Ratings agency Fitch warned that the sharp decline could put pressure on the many Turkish firms that borrow money in foreign currencies.

The lira, which hit a record low of 4.9290 just before Wednesday's rate rise, was trading at 4.7049 to the dollar at 1654 GMT on Friday, little changed from the previous day's close.

However, it had weakened as much as 2 percent in early trade before recovering, helped partly by the central bank which said it would allow some foreign currency debt to be repaid at fixed lira rates.

Investors fear the economy is overheating and want substantial rate increases to tame inflation. They were particularly unnerved by comments from Erdogan last week that he would look to take greater control over monetary policy after the elections.

“We understand the worries that investors might have. We took the necessary steps to address these concerns and we will continue to do so,” he told broadcaster NTV. “The central bank showed that it is independent and it would do whatever is necessary when it is necessary.”

Simsek and central bank governor Murat Cetinkaya are due to meet investors in Turkey on Sunday and in London next week, bankers said.

“Turkish officials essentially are doing everything they can to restore the confidence that was seriously undermined by allowing the lira to fall perhaps for too long,” said Piotr Matys, an emerging markets forex strategist at Rabobank in London.

The lira has had its worst week and month in almost nine years. Markets are sensing further weakness ahead and could push authorities to do more to turn the tide. The central bank is due to have its next policy-setting meeting on June 7.

Signals from Turkey’s interest rate markets are tricky to decipher but they suggest there will be at least one more rate rise, although it may be smaller than this week’s move.

Erdogan has ruled for 15 years, overseeing a period of rapid economic growth. But a widespread crackdown against his opponents has led rights groups and NATO allies to voice concerns about growing authoritarianism.

It took days of preparation by Turkey’s top economic ministers and intervention by the prime minister to persuade Erdogan of the need for a sharp increase in interest rates, three people familiar with the matter said.

While Erdogan made some effort to placate investors after Wednesday’s rate rise - talking about the need for fiscal discipline and stability - he also said the lira’s volatility did not reflect economic realities and he would not allow “global governance types” to ruin the country.