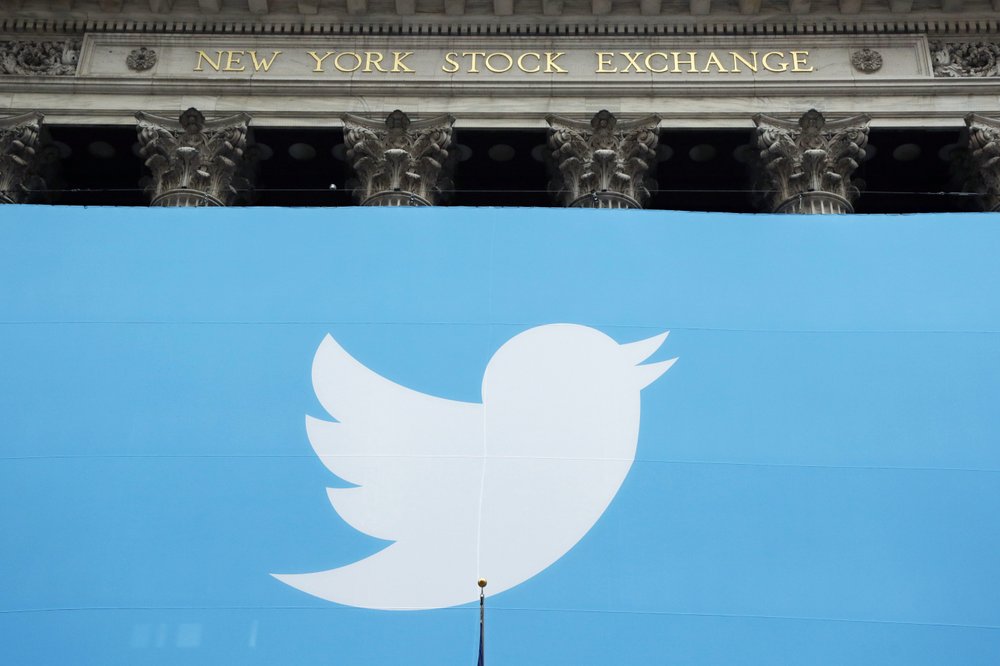 In this Nov. 7, 2013, file photo, a Twitter sign is draped on the facade of the New York Stock Exchange before its IPO in New York. (Photo: AP)

Twitter is reporting that revenue and profit and its daily user base all grew in the final three months of 2018.

But its monthly user count slipped and guidance for the current quarter was below some expectations and shares fell in premarket trading.

The San Francisco company disclosed its daily user base count for the first time, putting the figure at 126 million, up 9 percent from a year earlier. These are users who see ads on the platform and log in at least once a day.

Analysts polled by FactSet were expecting earnings of 25 cents per share and revenue of $867 million.

Its monthly user base fell to 321 million, from 326 million. Twitter attributed the decline to sending fewer email notifications, moving away from its SMS service with phone carriers and working to cut down malicious accounts.

The company said it saw an increase in daily users who log in to Twitter on a mobile device vs. those who use only desktop computers. Suspicious accounts, such as those run by bots to send spam or game the service in some other day are much more prevalent on desktop computers than on mobile.

Expenses increased 13 percent to $704 million as Twitter added more employees and from revenue share costs related to its video offerings.

For the current quarter ending in April, Twitter said it expects revenue in the range of $715 million to $775 million. Analysts surveyed by Zacks had expected revenue of $762.5 million, which is higher than the midpoint of the company’s outlook.