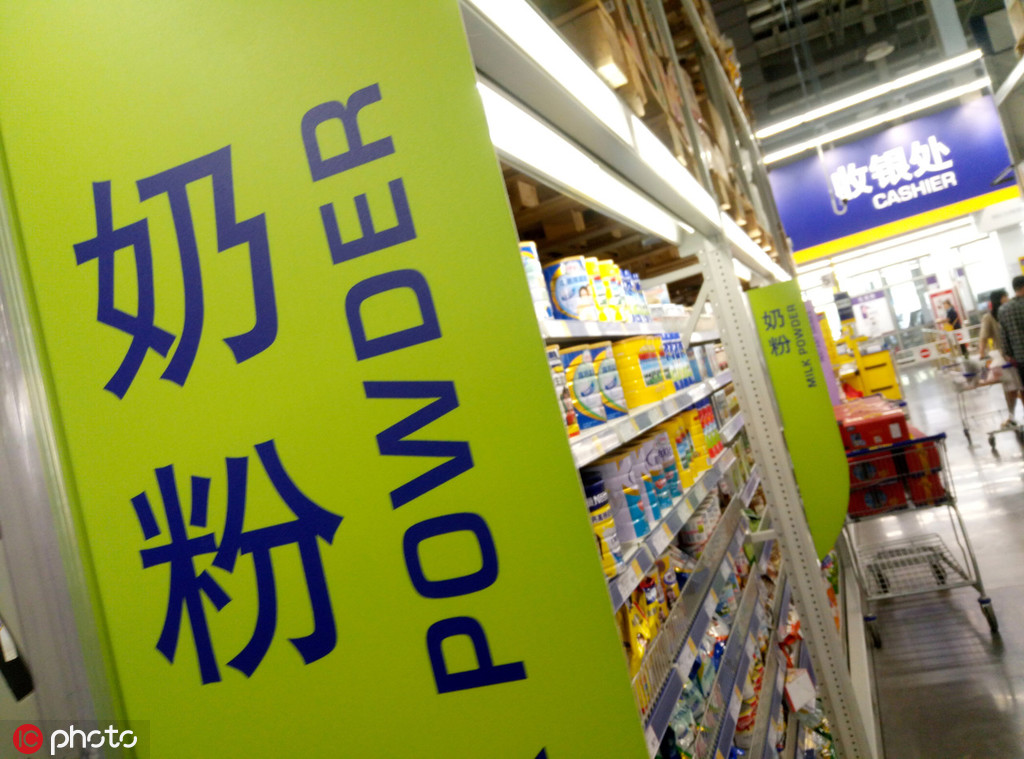 Formula milk powder produced by two companies that claimed their milk powder could free infants from allergies, has been recalled from the market on suspension of false publicity, and the companies involved were ordered to stop production, according to a notice released on the website of the State Administration on Market Regulation.

In accordance with laws and regulations, such as the food safety law and advertising law, market regulation authorities in the two cities ordered the two enterprises to stop issuing false publicity information, sealed up some of the milk powder and conducted sampling inspections.

Inspections showed that the milk powder was made of ordinary milk products, which didn't have special functions, such as as preventing babies from developing allergies.

Authorities forced the two enterprises to remove their products on the market and stop production.

The State Administration of Market Regulation said in the notice that it would strengthen supervision and management on food enterprises that might mislead consumers by advocating that their products have special functions or by labeling their products as "medical", "hi-tech" or related to "health-protection".