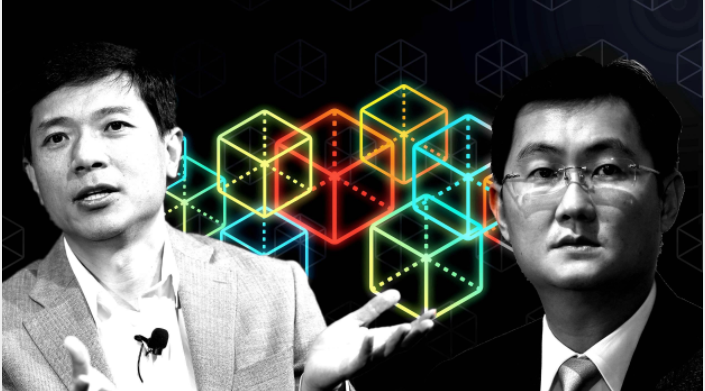 With China’s Two Sessions gathering business leaders, entrepreneurs and government officials to pitch new development ideas and strategies, blockchain technology has been a common refrain so far this year. Beyond its links with Bitcoin and other cryptocurrencies, the potential for innovation through blockchain is being recognized by members and deputies at this year’s Chinese People’s Political Consultative Conference (CPPCC) and National People’s Congress (NPC).

Using the Two Sessions as an opportunity to look ahead at likely future trends in tech, Tencent’s CEO Pony Ma – a deputy to the NPC this year – told a media briefing on Monday that while blockchain marked a significant leap in innovation, question marks still remain over how to use this new technology.

Ma however voiced his concerns over cryptocurrencies, saying there would be many “regulatory issues” if blockchain technology was used to create digital currencies.

In November, Tencent launched TrustSQL, a blockchain as a service (BaaS) platform that provides “blockchain solutions” in cloud technology, rapid data transfer and security. A couple of months before the launch, Tencent signed a deal with Intel to collaborate on blockchain.

Search engine giant Baidu launched its own Baidu Baas platform in January, which it described as being “suitable for the use of digital currency, digital bills, bank credit management, insurance management, and financial auditing.”

Speaking to the media on Monday on the sidelines of the CPPCC, Baidu’s CEO Li Yanhong said that while blockchain is a revolutionary technology, it is still in its early stages.

Other tech titans such as the heads of gaming company NetEase, online classifieds 58.com and cybersecurity firm Qihoo 360 also reiterated similar views on blockchain – cautiously labeling it as a technology with potential.

But with the NPC and CPPCC key platforms for sharing ideas and concerns, has anyone stepped forward with anything more concrete on blockchain?

Wang Pengjie, a member of the Zhigong Party as well as the CPPCC, spoke out in favor on Saturday of a national cryptocurrency exchange that could be regulated by the People’s Bank of China and China Securities Regulatory Commission.

While acknowledging the risks that cryptocurrencies pose, Wang said that a centralized and regulated exchange would provide clarity over the status of cryptocurrencies, while also boosting public awareness of blockchain and digital currencies.

A study published on Tuesday by BOSS, a mobile recruitment platform, showed that job openings related to blockchain technology in the first two months of this year had increased 9.7 times over the same period in 2017.

In another sign of the blockchain boom, BOSS’ report showed that jobs related to the technology offered much higher salaries than any other position, with average pay of 25,800 yuan (4078 US dollars) per month.

2017 saw Bitcoin’s rise in China abruptly halted with a ban on initial coin offerings (ICOs) and the closure of cryptocurrency exchanges, after authorities issued statements warning against the financial risks to investors.

However, blockchain technology is already being used in the fight against poverty, one of China’s three “crucial battles” in the near future.

Alibaba’s Ant Financial and the China Foundation for Poverty Alleviation launched a poverty alleviation insurance scheme in July 2017 which is set to provide health coverage to 10 million people by 2020.

In October 2017, ICBC launched the country’s first blockchain finance platform in Guizhou Province to specifically target poverty alleviation, with the aim of providing transparency, efficiency and rapid delivery of poverty funds, putting an end to embezzlement or waste.