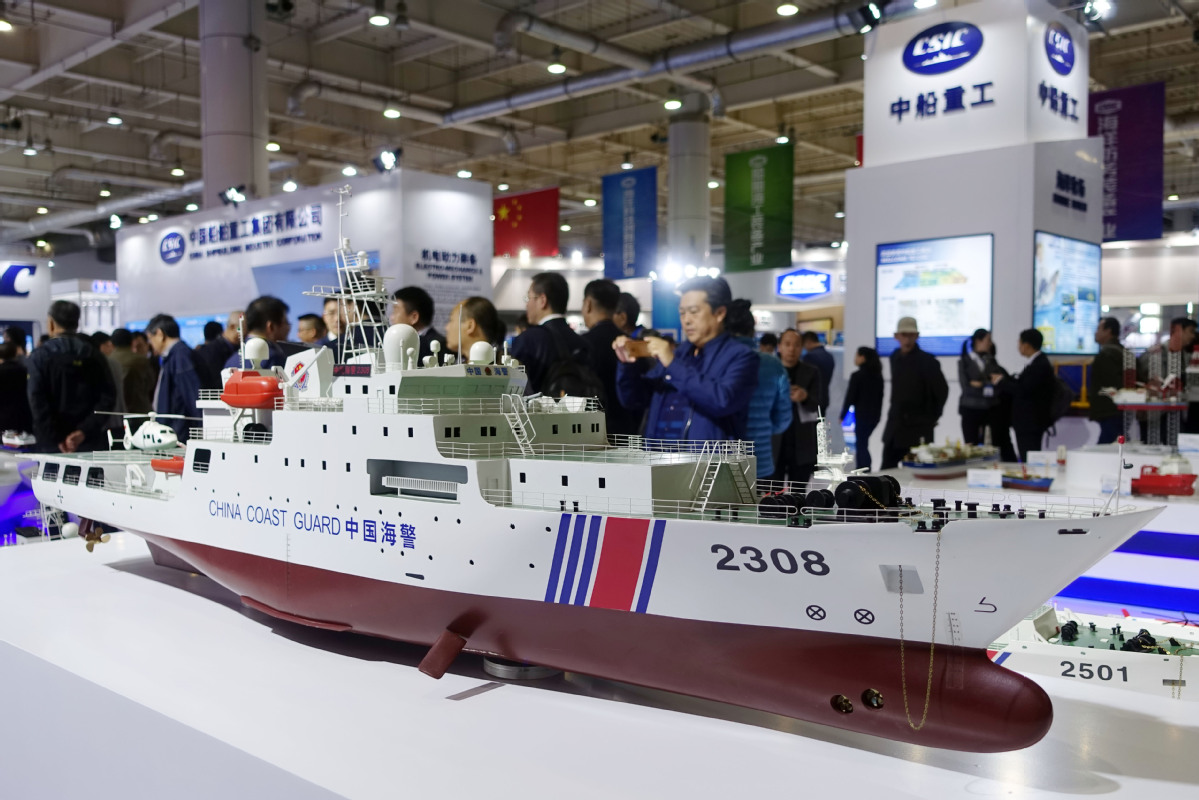 A visitor takes photographs of a model ship at CSIC's booth during a maritime exhibition in Dalian, Liaoning province. (Photo: China Daily)

The listed companies announced in stock exchange filings late on Monday the two shipbuilding groups are planning a strategic restructuring, but they said the plan needs to be approved by the relevant authorities.

Dong Liwan, a professor of shipbuilding at the Shanghai Maritime University, said the merger will bring advantages for the country to enhance its global competitiveness because Chinese players want to complete on the global stage, especially in the area of military vessels, liquefied natural gas carriers, luxury cruise liners, icebreakers, and offshore engineering equipment among others.

If the merger goes through, the two Chinese shipbuilding groups will have more sales volume than their South Korean competitors, as well as other shipbuilding conglomerates across the world, Tan added.

The merger is a solid move to strengthen the earning ability of the State-owned enterprise sector, many of whom have been affected by overcapacity and limited market channels, such as those in steel, shipping and construction material industries, said Zhou Lisha, a researcher at the research institute of the State-owned Assets Supervision and Administration Commission.

China's shipbuilding business must move from quantity to quality, as the industry has become more intelligent, digitalized and environmentally friendly, she said.

CSIC's major shipyards are located in Dalian, Qingdao and Wuchang, along with a large number of associated suppliers and research labs. Its sales revenue amounted to 305 billion yuan ($44.5 billion) in 2018, with profit of 6.9 billion yuan. It currently manages five listed companies.

In addition to constructing conventional ships such as bulk vessels, container ships and oil tankers, both CSSC and CSIC have already begun to deploy more financial resources in developing ships such as mega-container vessels, LNG carriers, hospital ships, semi-submerged ships and ocean farms, as well as dual fuel ships and gas-fueled ships with the latest wind-power technologies.