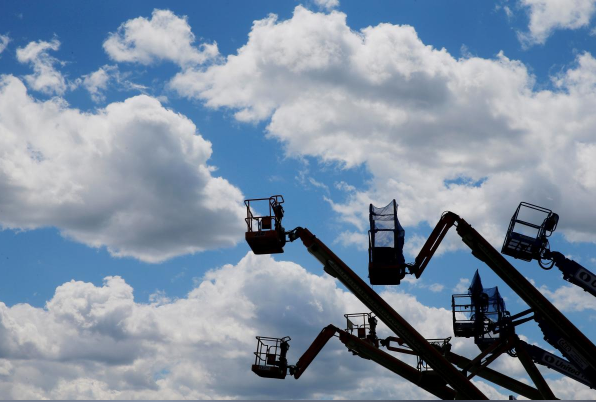 U.S. industrial production surged in February, boosted by strong increases in output at factories and mines, but the economic outlook for the first quarter was dimmed by a larger-than-expected plunge in homebuilding last month.

The broad-based rise in production likely reflected increased investment spending in the wake of hefty corporate income tax cuts, which came into effect in January. Economists, however, worried tariffs on steel and aluminum imports imposed by President Donald Trump last week could weigh on output.

“Much of manufacturing is a user of steel and aluminum,” said John Ryding, chief economist at RDQ Economics in New York. “The policy to impose tariffs poses potential risks to the broader output gain given how important trade is to manufacturing.”

Industrial production jumped 1.1 percent last month, the Federal Reserve said on Friday. That was the largest increase in four months and followed a 0.3 percent decline in January. February’s increase beat economists’ expectations for only a 0.3 percent gain.

Output of fabricated metal products, which use steel and aluminum, climbed 1.6 percent in February after rising 0.4 percent in the prior month.

Production at mines shot up 4.3 percent last month, boosted by an 11.6 percent surge in oil and gas well drilling. The robust gains in manufacturing and mining production offset a weather-driven 4.7 percent plunge in utilities output.

Industrial capacity utilization, a measure of how fully firms are using their resources, increased 0.7 percentage point to 78.1 percent, its highest reading since January 2015. It remains 1.7 percentage points below its long-run average.

Officials at the Fed tend to look at utilization measures as a signal of how much slack remains in the economy — how far growth has room to run before it becomes inflationary. Capacity use at factories rose to its highest level since April 2008.

“It has now broken out above the 20-year average. Is this a sign of more meaningful price pressure ahead?” said Robert Kavcic, a senior economist at BMO Capital Markets in Toronto.

The dollar was little moved by the data as speculation that more top Trump administration officials could be ousted from the White House hurt investor sentiment. Prices for U.S. Treasuries were trading marginally lower and stocks on Wall Street rose. 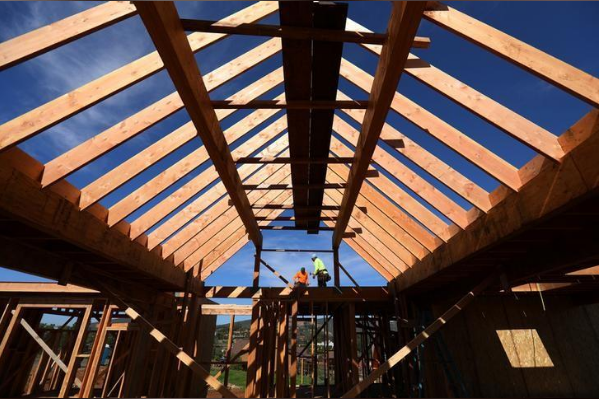 In a separate report, the Commerce Department said housing starts declined 7.0 percent to a seasonally adjusted annual rate of 1.236 million units as a plunge in the construction of multi-family housing units offset a second straight monthly increase in single-family projects.

Economists polled by Reuters had forecast housing starts falling to a 1.290 million-unit rate. Permits for future home building decreased 5.7 percent to a rate of 1.298 million units in February.

While the volatile multi-family housing segment accounted for the decline in home building last month, the broader housing market appears to be slowing. Sales of new and previously owned homes have slumped in recent months as a dearth of properties boosted prices, sidelining some first-time home buyers.

House price gains topped 6.0 percent in December. Mortgage rates have also risen, with the 30-year fixed-rate currently averaging 4.44 percent, not too far from a four-year high of 4.46 percent, according to mortgage finance agency Freddie Mac. 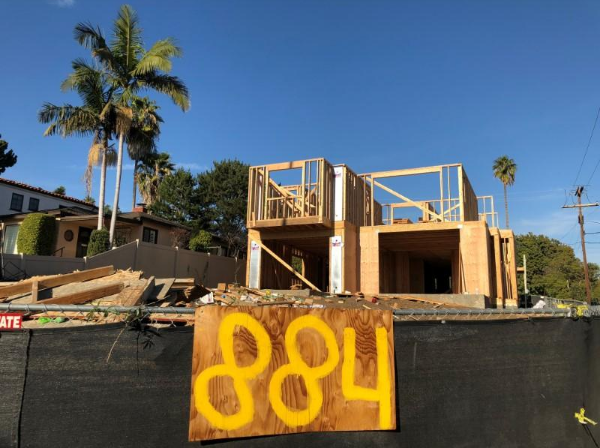 But the housing market remains underpinned by a robust labor market. There is growing optimism that tightening job market conditions will translate into faster wage growth in the second half of this year. Annual wage growth has been stuck below 3.0 percent even as the unemployment rate has dropped to a 17-year low of 4.1 percent.

Single-family homebuilding, which accounts for the largest share of the housing market, increased 2.9 percent to a rate of 902,000 units in February. Single-family home construction rose in the Northeast, South and West, but tumbled in the Midwest.

A survey on Thursday showed confidence among homebuilders dipping in March, but remaining in strong territory. Builders were less upbeat about sales and buyer traffic over the next six months.

But there was some good news in the report. Single-family house completions surged to their highest level since March 2008. The number of single-family housing units under construction in February was the most since June 2008.

This should help to alleviate some of the property shortage and probably slow the house price inflation.

“The tide appears to be turning somewhat, with completions of single-family homes trending higher over the past year,” said Mark Vitner, a senior economist at Wells Fargo Securities in Charlotte, North Carolina.

“Profits margins are still being crimped, however, and affordability is being constrained further by higher mortgage rates.”