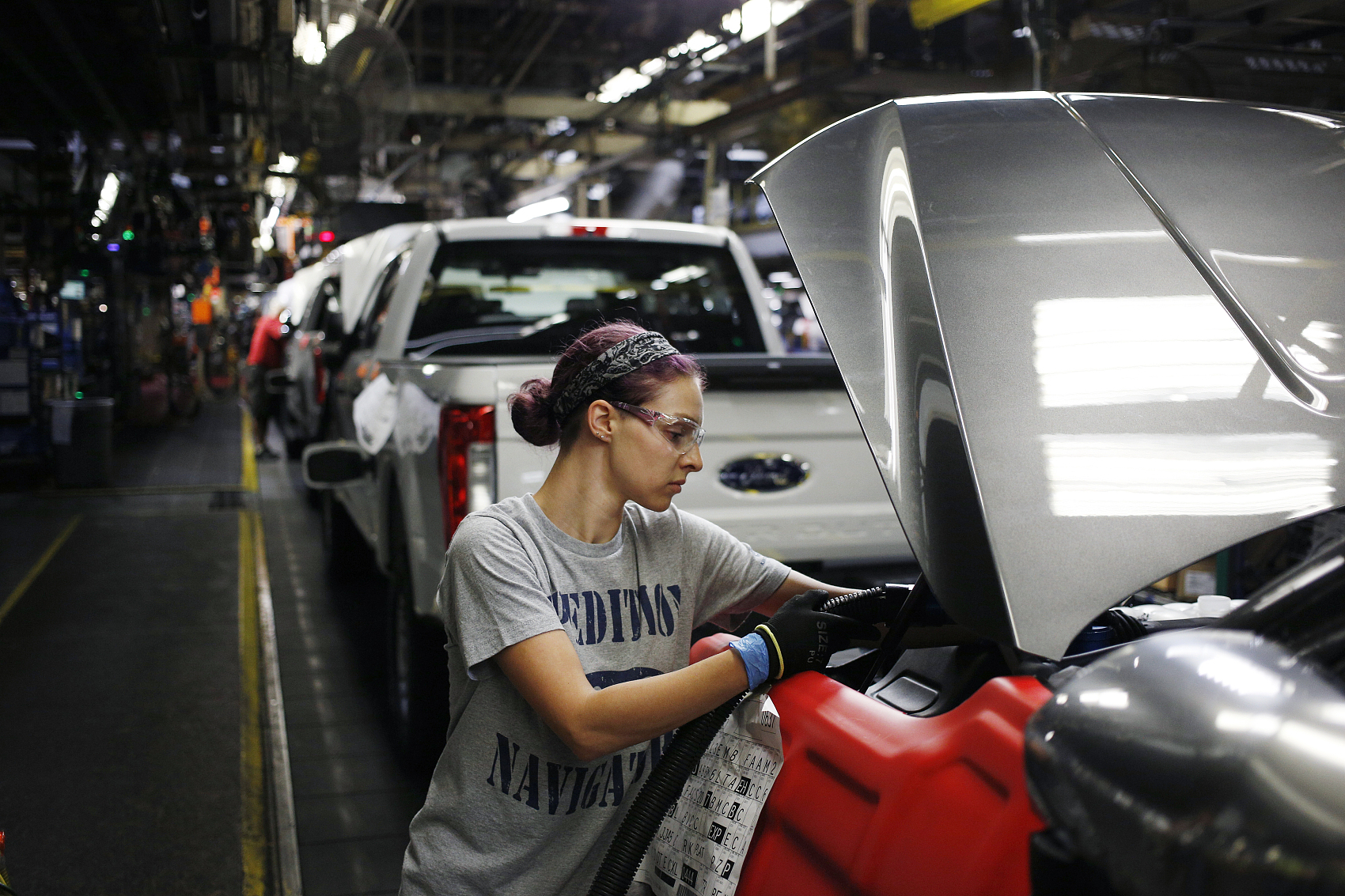 U.S. manufacturing activity continued steady expansion in October despite at a slower pace.
The manufacturing index, also known as the purchasing managers index (PMI), registered 58.7, down from September's reading of 60.8, the Institute for Supply Management (ISM) said in a report on Wednesday.
A reading above 50 indicates the sector is generally expanding, while a reading below that level indicates contraction.
The new orders index fell 1.2 points from the previous month to 63.4; production index went down 1.2 points to 61, and the employment index also edged down 0.5 point to 59.8.
Of the 18 manufacturing industries, 16 industries reported expansion while two industries saw the same level of activity as in September.
Companies surveyed generally reported expanding business conditions, saying that prices continued to remain under pressure.
The U.S. economy grew at an annual rate of 3 percent in the third quarter of the year, despite negative impacts from Hurricanes Harvey and Irma.
U.S. Federal Reserve officials expected the economy to rebound in the fourth quarter as rebuilding got under way and economic activity in the affected areas resumed.