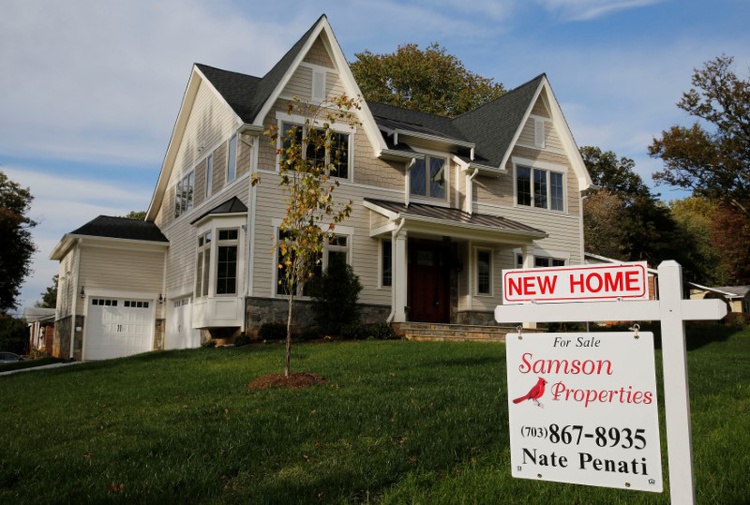 Sales of new U.S. single-family homes fell for a second straight month in January, weighed down by steep declines in the Northeast and South, which could raise concerns the housing market is losing momentum.

The weak report from the Commerce Department on Monday followed data last week that showed sales of previously owned homes dropped for a second consecutive month in January amid near-record low inventory. It also added to soft January retail and industrial production data in suggesting economic growth slowed at the start of the year.

A severe shortage of houses, especially on the lower end of the market, is pushing up prices and sidelining some first-time buyers. Economists worry rising mortgage rates, which are near a four-year high, and a cap on the mortgage interest deduction in the overhauled tax code will slow housing demand this year.

“Given the softening in the housing data over the past few months as well as the recent increase in mortgage rates as well as tax changes that reduce the attractiveness of mortgage financing, we think it is very likely that real residential investment will decline in the first quarter,” said Daniel Silver, an economist at JPMorgan in New York.

New home sales are drawn from permits and tend to be volatile on a month-to-month basis. They fell 1.0 percent from a year ago. Two-thirds of homes sold last month were under construction or yet to be built.

Prices of U.S. Treasuries rose while the dollar .DXY was little changed against a basket of currencies.

“The drop in sales may be due to saturation in the upper price range of the market, which should compel builders to follow the market and build more moderately-priced homes,” said Joseph Kirchner, senior economist at realtor.com.

The weak new home sales means brokers are making less in commissions. As a result, data forecasting firm Macroeconomic Advisers trimmed its first-quarter GDP growth estimate by one-tenth of a percentage point to a 1.9 percent annualized rate. The economy grew at a 2.6 percent pace in the fourth quarter.

The 30-year fixed mortgage rate rose to an average of 4.40 percent in the week ended Feb. 22, the highest level since April 2014, from 4.38 percent in the prior week, according to mortgage finance agency Freddie Mac. It has increased for seven straight weeks. Mortgage rates are increasing in tandem with U.S. government bond yields on worries about rising inflation.

In contrast, annual wage growth has been stuck below 3 percent, despite the unemployment rate having dropped to a 17-year low of 4.1 percent.

In January, there were 301,000 new homes on the market, an increase of 2.4 percent and the highest level since March 2009. The stock of new homes still remains well below its peak during the housing market bubble in 2006.

Unless builders shift toward moderately priced homes, the increase in inventory will probably do little to ease the supply crunch. Houses under construction accounted for 59 percent of inventory last month.

“New homes usually come with a bigger price tag, something that can turn away many first-time buyers,” said Bill Banfield, executive vice president at Quicken Loans in Detroit.

At January’s sales pace it would take 6.1 months to clear the supply of houses on the market, the most since July 2014 and up from 5.5 months in December. The median price for a new home increased 2.5 percent in January to $323,000 from a year ago.