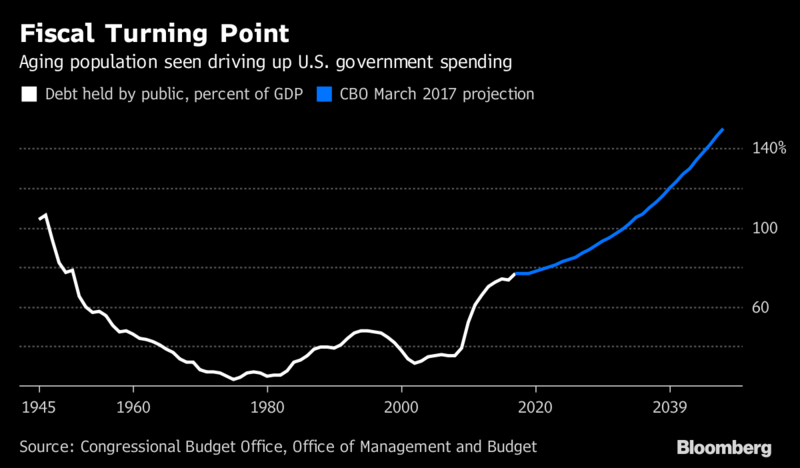 The U.S. posted its largest budget deficit since 2013 in the fiscal year that just ended, as a pickup in spending exceeded revenue gains.

The federal government’s gap grew to $665.7 billion in the 12 months through Sept. 30, compared with a $585.6 billion shortfall in fiscal 2016, the Treasury Department said Friday in a report released in Washington. That was in line with the Congressional Budget Office’s estimate of $668 billion.

“These numbers should serve as a smoke alarm for Washington, a reminder that we need to grow our economy again and get our fiscal house in order,” Mulvaney said in the statement. “We can do that through smart spending restraint, tax reform, and cutting red tape.”

Congress could be on track to worsen the deficit situation, according to most economic growth assumptions. The Senate on Thursday night approved a budget resolution that would fast-track up to $1.5 trillion in tax cuts through Congress this year.

Republicans say that the reductions will pay for themselves through faster economic growth. While the budget claims to reach a balance in 10 years through $5 trillion in spending cuts, those reductions are not spelled out and there is no mechanism for speeding them into law.

For September, which is the final month in the fiscal calendar, the government reported an $8 billion surplus. That was lower than the $33.4 billion surplus a year earlier.