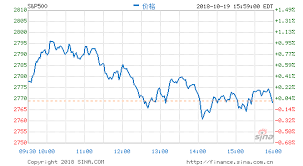 NEW YORK, Dec. 1 (Xinhua) -- US stocks advanced in the week ending Nov. 30 as market mood was boosted by Federal Reserve Chairman Jerome Powell's dovish comments on interest rates as well as new hopes for trade talks between the United States and its key trading partners.

For the week, the Dow rose 5.16 percent, registering its biggest one-week gains since November 2016. Meanwhile, the S&P 500 and the Nasdaq climbed 4.85 percent and 5.64 percent, respectively, both posting their strongest weekly performance since December 2011.

All the three major indices erased their earlier losses and turned positive at the close on Friday as investors reignited hopes for trade deals between Washington and its key trading partners during the Group of 20 (G20) summit in Argentina.

Wall Street has been keeping a close eye on trade issues for most time of this year as they may impact global economy and corporate earnings.

Friday also marked the last trading day of November. The Dow closed the month with a 1.7 percent increase, the S&P 500 advanced 1.8 percent, and the Nasdaq eked out a 0.3 percent rise.

Since the beginning of October, investors have been increasingly anxious about rate spike, fearing that rising borrowing costs could slow down the economy.

The fear was eased after the Fed chief said current interest rates are close to neutral.

"Interest rates are still low by historical standards, and they remain just below the broad range of estimates of the level that would be neutral for the economy - that is, neither speeding up nor slowing down growth," Powell said in a speech at the Economic Club of New York on Wednesday.

The market surged after the remarks with the Dow soaring more than 600 points, its biggest one-day gains since March 26 as investors cheered the seemingly more dovish comments.

The central bank has already hiked rates three times this year and is largely expected to raise the rate again in December.

US initial jobless claims, a rough way to measure layoffs, stood at 234,000 in the week ending Nov. 24, an increase of 10,000 from the previous week's unrevised level, the Department of Labor reported Thursday. The reading easily topped market forecasts.

US new home sales stood at a seasonally adjusted annual rate of 544,000 in October, 8.9 percent below the revised September level, the Commerce Department said on Wednesday. The reading badly missed market consensus as the number of newly built, unsold homes sitting on the market climbed to its highest level since 2009.

On other economic data, the S&P CoreLogic Case-Shiller US National Home Price NSA Index, a leading measure of US home prices, reported a 5.5 percent annual gain in September, down from 5.7 percent in the previous month, according to a report released by S&P Dow Jones Indices on Tuesday.

US consumer confidence index stood at 135.7 in November, down from an 18-year record high of 137.9 in October, the New York-based Conference Board said.