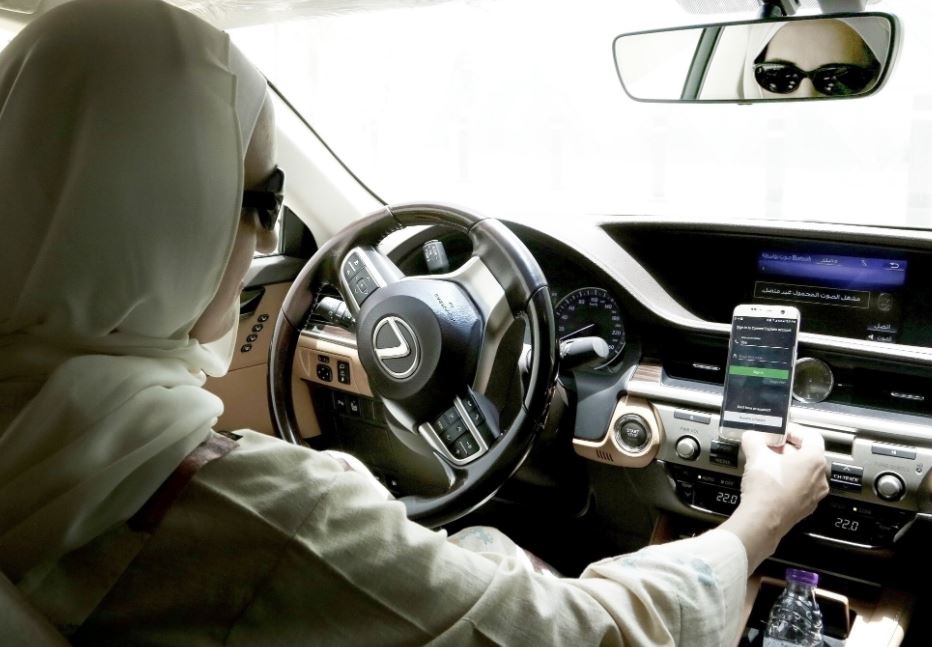 Ammal Farahat, who has signed up to be a driver for Careem, a regional ride-hailing service that is a competitor to Uber, opens the Careem app on her mobile phone before she starts driving, in Riyadh, Saudi Arabia. (File photo: AP)

Ride-hailing service Uber announced on Tuesday it has acquired Mideast competitor Careem for $3.1 billion, giving the San Francisco-based firm the commanding edge in a region with a large, young, tech-savvy population.

Uber said the purchase consists of $1.7 billion in convertible notes and $1.4 billion in cash. It marks the largest technology transaction in the Middle East — outside of Israel — and propels the Dubai-based firm to legendary status among the region’s budding tech startup scene.

Under the deal, Careem will keep its brand and app unchanged, at least for now. It will operate as a wholly owned subsidiary of Uber and be led by its original founders. The deal is expected to close in the first quarter of 2020 and is subject to regulatory approval in several countries.

It comes as Uber’s losses widened last year ahead of plans for an initial public stock offering this spring.

Uber CEO Dara Khosrowshahi said the acquisition of Careem marks “an important moment for Uber as we continue to expand the strength of our platform around the world.”

In a memo to staff, Khosrowshahi said that keeping the Careem app intact allows Uber to try out new ideas across both brands. Over time, the firms will integrate part of their networks, he said.

Uber’s stiffest competitor in the Middle East had been Careem, which launched in 2012 — three years before Uber entered the local market.

Careem, founded by two former management consultants at McKinsey & Co., is popular in countries like Egypt and Pakistan where people overwhelmingly use cash over credit cards.

Despite Uber’s regional launch in 2015 and services like Uber Eats that delivers food, Careem maintained the lead operating in more than 100 cities across 15 countries. The company was valued at about $1 billion in a 2016 funding round and an estimated $2 billion last year.

Careem’s CEO Mudassir Sheikha described the acquisition as a “milestone” for the company and for budding entrepreneurs in the region. Under the deal, he will lead Careem’s business under Uber and report to a board comprised of three Uber representatives and two from Careem.

“This has put our region on the map and has shown it’s a great place to build some of the best technology in the world,” Sheikha said in a statement to Careem customers.

Saudi Technology Ventures, one of Careem’s investors, said the local ride-hailing firm succeeded by using its deep local knowledge and expertise to cater to the needs of Mideast’s youth.

Meanwhile, Uber’s investors include Saudi Arabia’s sovereign wealth fund, which has a $3.5 billion stake in the ride-sharing app.