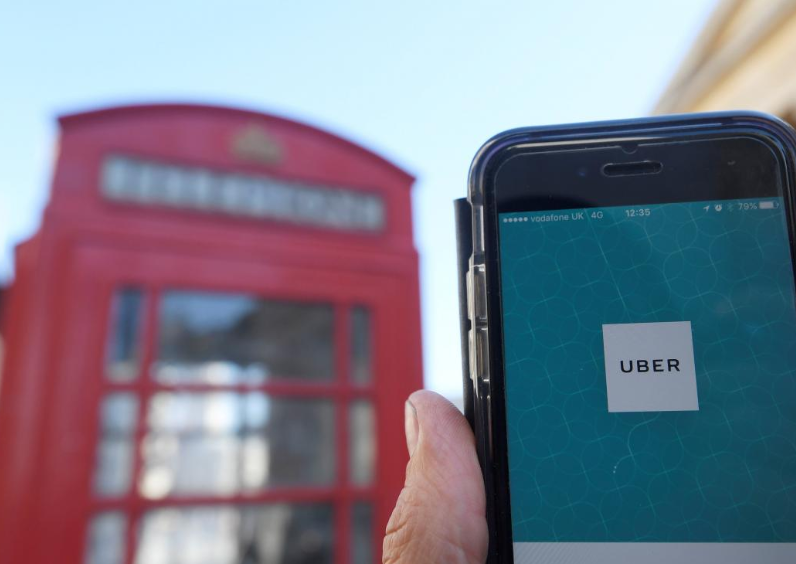 A photo illustration shows the Uber app logo displayed on a mobile telephone, as it is held up for a posed photograph in central London September 22, 2017. (Photo: Reuters)

Uber appointed a new boss for its UK business on Monday, as the taxi-hailing app fights to keep its drivers on the streets of London, its most important European market.

Uber said Jamie Heywood would join as Uber’s new regional general manager for northern and eastern Europe from Amazon next month, a remit which covers 110,000 drivers in 12 countries including Britain.

“Jamie’s leadership will... be crucial as we implement major changes across Europe including more safety features, improvements for drivers and a new approach to partnering with cities,” Pierre-Dimitri Gore-Coty, regional general manager of Uber in Europe, the Middle East & Africa, said in a statement.

Uber is battling a decision by London’s transport regulator last September to strip it of its licence after it was deemed unfit to run a taxi service. Uber is appealing the ruling, and its cabs can continue to operate in the meantime.

Since the ruling, Uber has made a series of changes to its business model including the introduction of 24/7 telephone support for riders and drivers and the proactive reporting of serious incidents to London’s police.

The previous UK head, Jo Bertram, quit last year after the decision to strip Uber of its London licence, saying that it was the right time for a change.

Heywood was most recently director of Amazon’s electronics division in Britain and has also worked for 15 years in the telecoms industry.