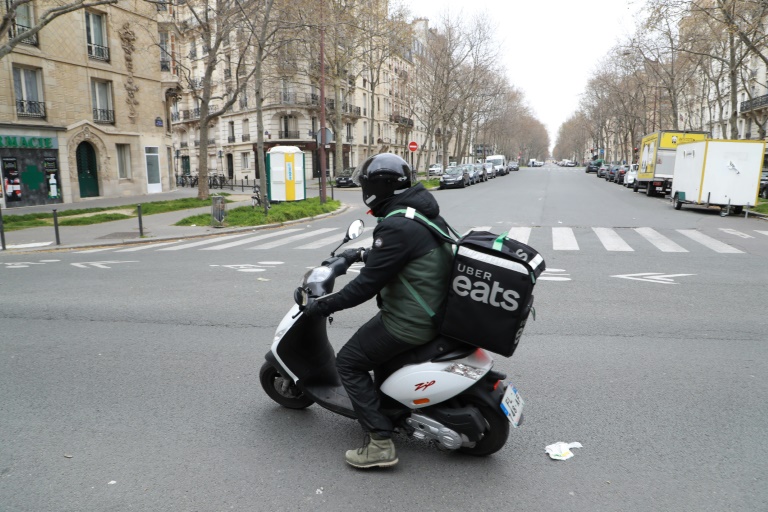 Uber is bidding for rival meal delivery service Grubhub in a deal that would bolster its Uber Eats operations and create the largest player in the segment in the United States (Photo: AFP)

Uber is offering $6 billion in stock in its takeover bid for meal delivery group Grubhub, a source familiar with the talks said Wednesday.

The two firms were not in agreement on a deal that would unite two of the three largest US players in the food delivery segment, according to the source who declined to be identified.

The $6 billion share offer was first reported by The Wall Street Journal.

Grubhub shares, which rose sharply on the reports of a tie-up earlier this week, slipped 3.7 percent on Wednesday.

Neither company commented on the potential tie-up but Grubhub said in a statement it is "squarely focused on delivering shareholder value" and added that "like any responsible company, we are always looking at value-enhancing opportunities."

Uber has been seeing strong growth in its food delivery operation Uber Eats, partly offsetting the sharp decline in ride-hailing during the global pandemic.

According to the research firm Second Measure, Uber Eats accounted for 20 percent of US meal delivery sales in March and Grubhub had 28 percent. A combined operation would overtake number one player DoorDash, which had 42 percent.