SAN FRANCISCO, June 16 (Xinhua) -- US ride-hailing leader Uber is going to launch its new e-bikes sharing service in Seattle, the largest city in the west US state of Washington state, next month, a media report said Saturday. 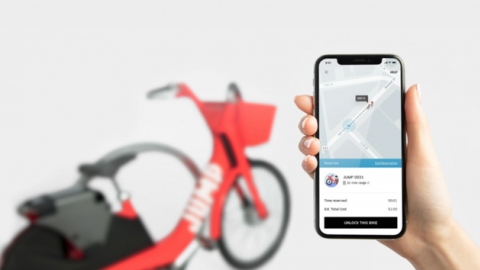 The new Uber service, to be provided by JUMP, a bike-share startup acquired by Uber in April, will be immediately available soon after the Seattle City Council approves a bike-share permit program in the city in July, The Seattle Times newspaper said.

The arrival of the Uber-backed JUMP would heighten the competition among the companies that's brought 10,000 bikes, available for low-cost rental, scattered in nearly all corners of the city.

San Francisco-based Uber is poised to face strong challenge from three other rivals, Spin, ofo and Lime, which are already operating in Seattle on one-year permits that expire in July.

"We'll make a decision to apply for a permit once we see the regulations... We do hope to launch in Seattle," Uber spokesman Nathan Hambley said.

The Seattle Department of Transportation (SDOT) plans to present a proposal on the permit program to the City Council for approval next month.

The SDOJ wants to formulate measures to allow bike-sharing service without seeing bikes parked haphazardly in the city, a phenomenon often complained about by residents.

Uber's e-bikes are electric assisted, which still need to pedal, but an electric motor (with a maximum speed of 32 km per hour) will help, especially riding uphill. Enditem