BUSINESS UFC reaches ESPN with first fight of $1.5B deal

UFC reaches ESPN with first fight of $1.5B deal 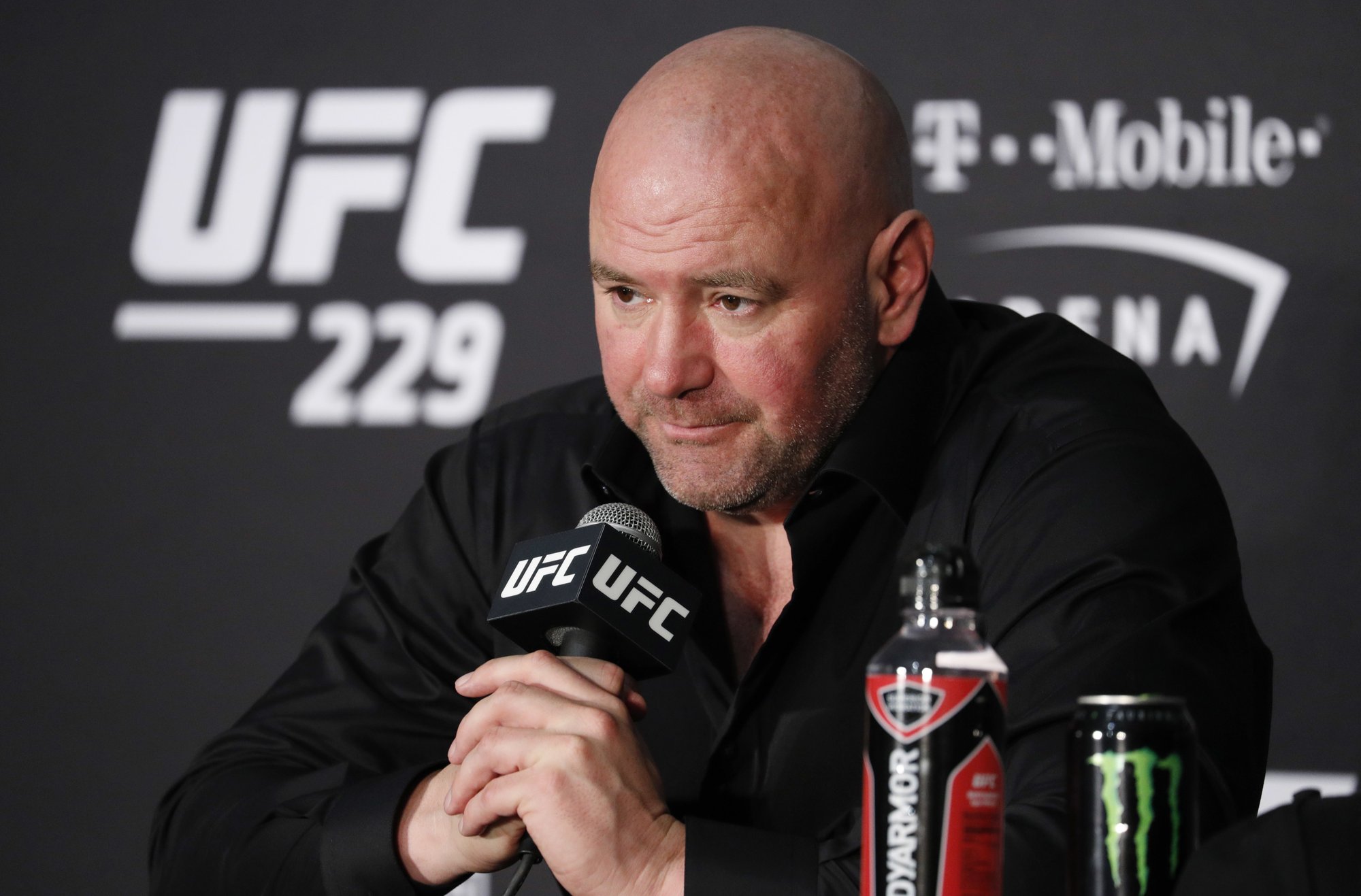 In this Oct. 6, 2018, file photo, Dana White, president of the UFC, speaks at a news conference after the UFC 229 mixed martial arts event in Las Vegas. (File Photo: AP)

Years before UFC was worth billions, Dana White used to plead his case with ESPN for air time.

This was no negotiation for a big-money rights package — the UFC president simply wanted highlights on “SportsCenter.”

“I was out there all the time,” White said of his trips to ESPN’s Connecticut headquarters. “For most of the time, the last 18 years, I was battling just to get coverage. We used to fight just to try and get covered by them.”

Call off the fight.

UFC and ESPN have launched a partnership that would have seemed inconceivable even a decade ago, until stars like Ronda Rousey, Conor McGregor, Anderson Silva and Brock Lesnar helped shake the mixed martial arts promotion from a fringe sport even banned in some states to a firm, mainstream player.

White will get his highlights — and so much more.

ESPN will raise the curtain on the octagon Saturday and air the first card of a $1.5 billion, five-year deal that will plaster UFC all over the sports network’s various platforms.

“It’s our time now on ESPN,” White said. “We want to kill it this weekend.”

“I would love to see my face all over ESPN,” VanZant said.

UFC has opened a TV deal with a bang before: its first network prime-time appearance on Fox in 2011 earned 5.7 million viewers. UFC has soared on PPV over the last seven years — McGregor vs. Khabib Nurmagomedov in October had nearly 2.4 million buys — while TV ratings dipped on free TV. The final UFC on Fox show in December dropped 13 percent from 2017 and netted only 1.8 million viewers.

ESPN has brushed off the low ratings, convinced it can offer the cross-platform exposure UFC needs to widen its fanbase. “SportsCenter.” Studio shows. Podcasts. Fights on linear TV and streaming services. Documentaries. On-demand content. UFC, which has also aired on Spike, should feel right at home in the ESPN lineup as network bedrocks such as the NFL, the NBA and baseball.

“The programming that they’re going to build around the fights and the amount of money that they’re spending on advertising just shows the overall power of ESPN,” White said.

ESPN kicked off the deal with a night full of classic fights and it peppered college football’s national championship game with spots for UFC’s arrival and the Brooklyn fights. It also ran a three-hour version of “Ariel Helwani’s MMA show” on ESPN2 on New Year’s Eve, ringing in 2019 with the reporter giving 2018 awards and talking with fighters, including Cejudo and Dillashaw.

“The entire company has really rallied behind this and has started to better understand the potential value here to us,” said Glenn Jacobs, ESPN vice president, UFC and Boxing. “We’re going to cover the sport the way we cover every sport, hopefully. We don’t want the UFC to be looked down or thought about any differently internally than we think about (other sports).”

The contract comes with some risks. UFC will no longer have a free TV home and its most loyal fans are now expected to stretch their fight dollar each month to pay for a cable bill, ESPN-plus ($4.99), UFC Fight Pass ($7.99 to $9.99) and PPV (often $64.99 per fight) to access all content.

“You get more bang for your buck right now,” White said. “Everybody has ESPN. We’re bringing all these great fights to ESPN linear that you get for free. And then it’s $5 for ESPN-plus. That’s affordable for everybody.”

ESPN’s parent company, Walt Disney Co., is set to start its own Netflix-type streaming service this year that could open more doors for UFC. Imagine a day when Ariel (The Little Mermaid) throws it over to Ariel (Helwani) before a podcast.

But will fight fans flock to their devices for fight nights running almost every weekend?

“It’s similar to what happened with NASCAR. NASCAR took a lot of money from the cable companies to put their events on the cable channels to help grow the channels. What happened is, NASCAR ended up losing its audience,” said Neal Pilson, the former president of CBS Sports who now runs his own sports television consulting company. “But I think the biggest risk is from ESPN putting up a lot of money to try and jump-start and grow its subscriber service. That to me is more of a risk element than anything from UFC.”

White said the time was right to shift to ESPN-plus and that streaming for Endeavor-owned UFC was “absolutely the future.”

“Certainly the world wants to see if subscriber TV is going to work,” Pilson said. “ESPN is chasing the younger audience. Everyone else is. But are they going to get that audience to stay with UFC on a streaming basis and watch it on your phone for hours at a time? Wow, I don’t know.”

Grab the phone or iPad, UFC will also unveil new championship belts Saturday to mark the new era. But so much else will look familiar. Jon Anik remains the play-by-play announcer and heavyweight champion Daniel Cormier is the color commentator. Karyn Bryant will host and Megan Olivi reports backstage. Rashad Evans and Michael Bisping will also contribute from the on-site desk team.

“Any time we’re on ESPN, we’re looking to deliver the biggest and the best up-and-coming fighters,” White said.