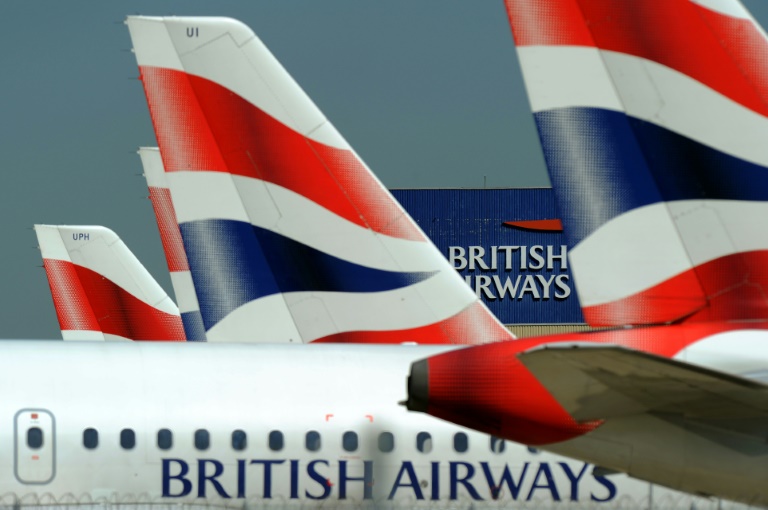 Airlines are axing flights and shares are plummeting. (Photo: AFP)

LONDON, March 17 (Xinhua) -- Suffering from the rapid spread of COVID-19 and government travel restrictions, British airlines have announced new actions to go through the difficult time.

Virgin Atlantic, which sees a "sharp and continual drop in demand for flights" due to the impact of COVID-19, has called on government in a latest statement to offer a "clear, decisive, unwavering support" for the country's aviation sector.

The airline is seeking a "slot alleviation for the full summer 2020 season, enabling airlines to match supply to demand -- reducing costs and preventing unnecessary flying and corresponding CO2 emissions," said the statement.

In another development, British Airways owner the International Airlines Group (IAG) plans to take multiple actions to address COVID-19's financial impact, including plans to cut capacity sharply in April and May.

"The rapid spread of COVID-19, and associated government travel restrictions and advisories are having a significant and increasingly negative impact on the demand for global air traffic on almost all routes operated by IAG's airlines," said the company on Monday.

"The U.S. presidential announcement to restrict entry of foreign nationals who have been in countries in the Schengen Area, the UK and Ireland has added to the uncertainty on North Atlantic routes," said the IAG.

For April and May, the Group plans to reduce capacity by at least 75 percent compared to the same period in 2019.

Meanwhile, the company is also taking measures to reduce operating expenses and improve cash flow, including grounding surplus aircraft, reducing and deferring capital spending, and cutting non-essential and non-cyber related IT spend, among others.

Flybe, a British airline based in Exeter, England, recently has collapsed and entered administration of the British Civil Aviation Authority (CAA), with all flights of Flybe being cancelled.

As the British aviation regulator, the CAA said on its official website it "understands that the spread of coronavirus is concerning for the industry and those with upcoming travel plans...we are closely monitoring the evolution of the coronavirus situation and considering any required precautions to take."

The watchdog stated it will have "robust contingency measures in place" to ensure continuity of business in the event of the spread of COVID-19.

Charlie Cornish, CEO of Manchester Airports Group (MAG), said the COVID-19 pandemic is "the greatest threat" that Britain's travel sector has ever faced.

The chief of the country's third biggest airport following London's Heathrow and Gatwick announced on Monday responding actions including enforced annual leave, a cut in working hours, staff being laid off and temporary pay-cuts.

Cornish said the virus has led to a rapid and unprecedented reduction in demand for air travel in and out of Britain.

"We are seeing many of our airlines and supply chain partners make similar announcements and we are doing what we need to do in the face of an unpredictable and fast-moving situation," he added.