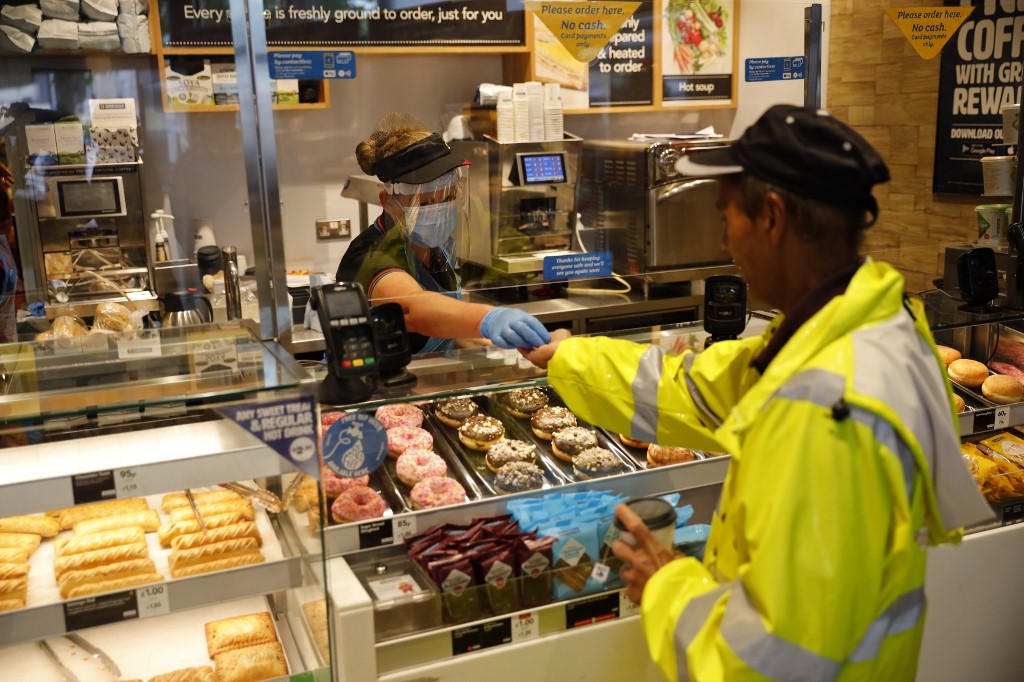 Public sector net borrowing -- the government's preferred measure of the deficit -- soared to the equivalent of $161 billion or 141 billion euros in the first quarter of its 2020/2021 fiscal year, the Office for National Statistics said in a statement.

Britain imposed a nationwide lockdown on March 23 that it did not start relaxing until early June.

Borrowing reached £35.5 billion in June, a five-fold increase from the same month in 2019.

However it was an improvement from £45.5 billion in May, as the economy began to recover.

Total public debt meanwhile leapt to £1.983 trillion at the end of June, or 99.6 percent of gross domestic product. That was the highest proportion since 1961, according to the ONS.

"It's clear that coronavirus has had a significant impact on our public finances, but we know without our response things would have been far worse," finance minister Rishi Sunak said.

"The best approach to ensure our public finances are sustainable in the medium-term is to minimise the economic scarring caused by the pandemic.

"I am also clear that, over the medium-term, we must, and we will, put our public finances back on a sustainable footing," he added.

In response to the COVID-19 outbreak, the government launched a multi-billion-pound series of stimulus measures to protect jobs and the broader economy.

As part of its stimulus programme, the government created a costly jobs retention scheme, under which it pays most of salaries.

Some 9.4 million UK workers have had up to 80 percent of their wages paid by the UK government under its so-called "furlough" scheme, which ends in October.

The country is currently in the final stages of rolling back coronavirus restrictions, with emphasis on the hospitality and tourism industries.

Britain has suffered Europe's deadliest coronavirus outbreak with around 45,000 deaths.