The Bank of England has kept its main interest rate on hold at 0.75% and warned that a combination of Brexit worries and global trade tensions was weighing on growth. 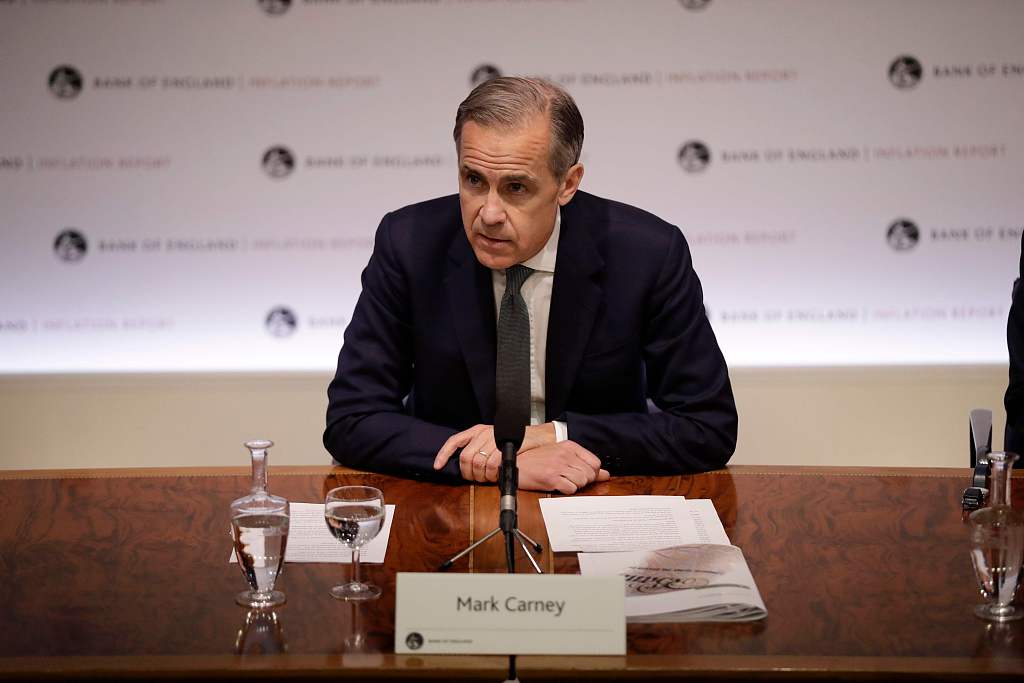 All nine members of the Monetary Policy Committee backed the decision to not change rates. There had been some expectations in the markets that a couple of members could vote for an increase in rates because of concerns that rising wages will lead to higher inflation.

However, figures this week showed the annual rate of inflation back down at the bank's target of 2%, easing the pressure on those leaning toward a rate hike. Also, worries about the economic outlook due to uncertainty surrounding Britain's departure from the European Union appear to have intensified.

Though Britain's departure date from the EU has been delayed to Oct. 31, there is still huge uncertainty as to whether the country will leave then. The Conservative Party contest to replace Prime Minister Theresa May has meant there's been little progress on Brexit in recent months and concerns are rising that Britain could crash out without a deal on future relations with the EU.

Most economists, including those at the Bank of England, think that will cause huge damage to the British economy as tariffs and other disruptions are imposed on trade between Britain and the EU.

"Domestically, the perceived likelihood of a no-deal Brexit has risen," rate-setters said in the minutes to their policy meeting.

In addition, rates-setters said trade tensions have "intensified" and that economic growth is set to stall in the second quarter following a 0.5% rebound in the first three months that was largely due to firms building up stocks ahead of the original Brexit date of March 29. In its forecasts last month, the bank had projected growth of 0.2% in the second quarter.

The main economic impact of Britain's vote in June 2016 to leave the European Union has been a sharp fall in business investment as executives take a cautious approach in the absence of any clear idea of what Brexit means. That is expected to continue in coming months.

"Surveys suggested that companies expected uncertainty to persist at elevated levels, and there were no clear signs that investment growth would pick up ahead of the October Brexit deadline," rate-setters said.

Overall, the British economy has largely held up better than anticipated since the Brexit vote. Growth has continued, albeit at lower levels, and unemployment has fallen to a 45-year low of 3.8%. That's helped stoke wage increase, which are at their highest since before the global financial crisis over a decade ago.

However, rate-setters suggested that wage "growth rates might have levelled off."