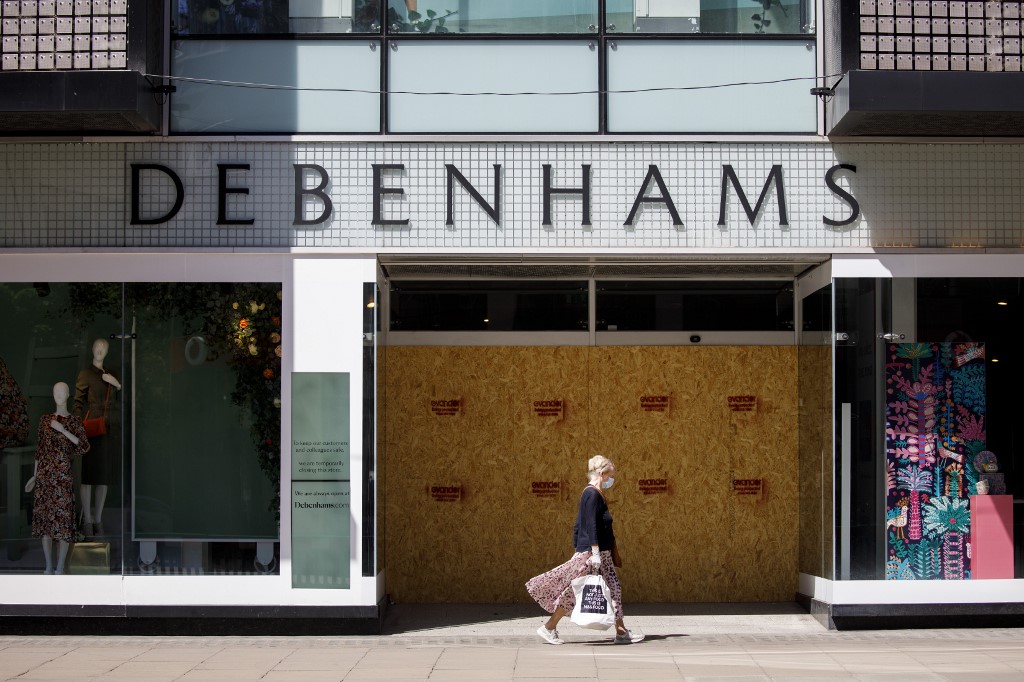 In this file photo taken on May 29, 2020 A woman walks past closed Debenhams department store on Oxford Street in central London's main high street retail shopping area on May 29, 2020 ahead of some shops reopening from their coronavirus shutdown from next week. (File photo: AFP)

"Such difficult decisions are being taken by many retailers right now, and we will continue to take all necessary steps to give Debenhams every chance of a viable future," said a company statement.

"At the same time, the trading environment is clearly a long way from returning to normal and we have to ensure our store costs are aligned with realistic expectations," it added, with the spokesman confirming there had been "2,500 jobs cut".

Debenhams was saved from collapse in April after securing a deal with creditors but it had been struggling to survive long before the virus pandemic owing to a surge in online shopping.

The jobs announcement came after official data Tuesday showed that the number of workers on UK company payrolls slumped by a further 114,000 in July from June.

A total 730,000 positions have been shed since March, when Britain went into lockdown over COVID-19, the Office for National Statistics revealed.

UK companies -- from major retailers to airlines -- are axing thousands of jobs despite government efforts to safeguard employment during the pandemic by subsidising wages.