LONDON, Dec. 9 (Xinhua) -- British economic growth was expected to slow from 1.3 percent for this year to one percent in 2020, according to the latest forecast released on Monday by the British Chambers of Commerce (BCC). 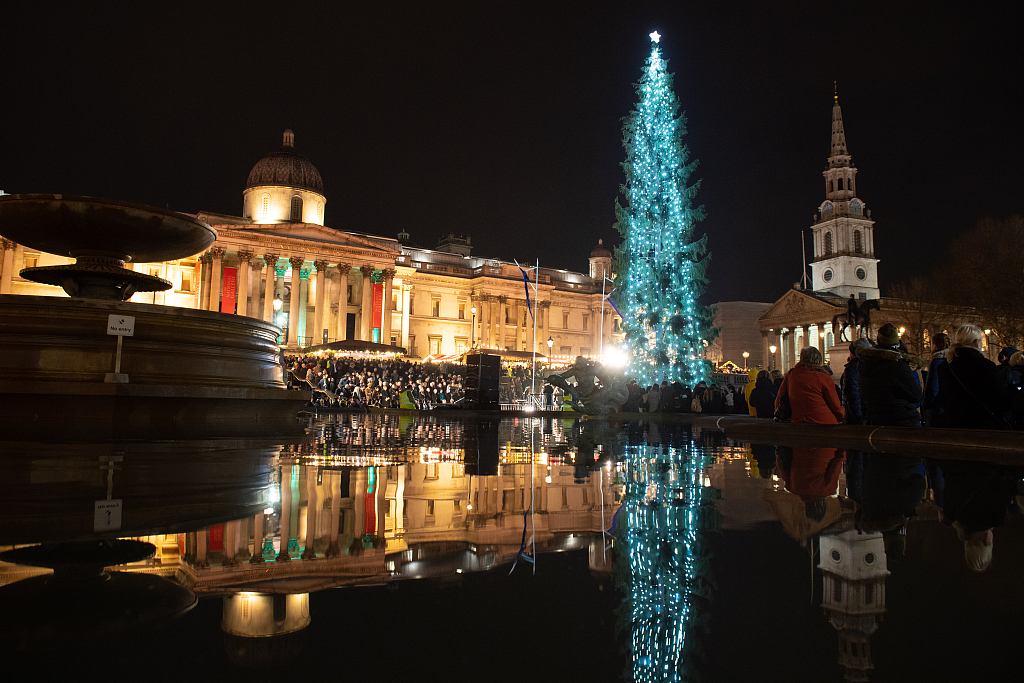 The Trafalgar Square Christmas tree is lit up in central London. (Photo: VCG)

According to BCC, weaker outlook for business investment, net trade and consumer spending was set to weigh on the economic growth prospects.

"Uncertainty, particularly over Brexit, and the upfront costs associated with doing business in the UK, are expected to continue to weigh on investment decisions," it said.

"A deteriorating outlook for the global economy, growing global trade tensions and continued uncertainty on the UK's future relationship with the EU are likely to stifle export sales," it said.

Suren Thiru, head of economics at the British Chambers of Commerce, said: "Our forecast points to several years of anaemic activity in the UK economy unless decisive action is taken."

"An expansion in government spending is likely to give a nudge to the UK economy, whoever wins the General Election. However, a slowing global economy and unrelenting political uncertainty are expected to weaken business investment, trade and consumer spending, limiting the UK's growth trajectory," Thiru said.

Adam Marshall, BCC's director general, added: "The needs of business have been glossed over in the General Election campaign, and our latest forecast shows the danger of allowing this to continue."

"As long as businesses are held back by Brexit uncertainty, high up-front costs, skills gaps, and poor infrastructure, we can expect growth to be mediocre, at best," said Marshall.

"At this critical moment, details matter. An incoming government needs to get both the signals and the substance right -- and give companies the confidence to invest," Marshall added.