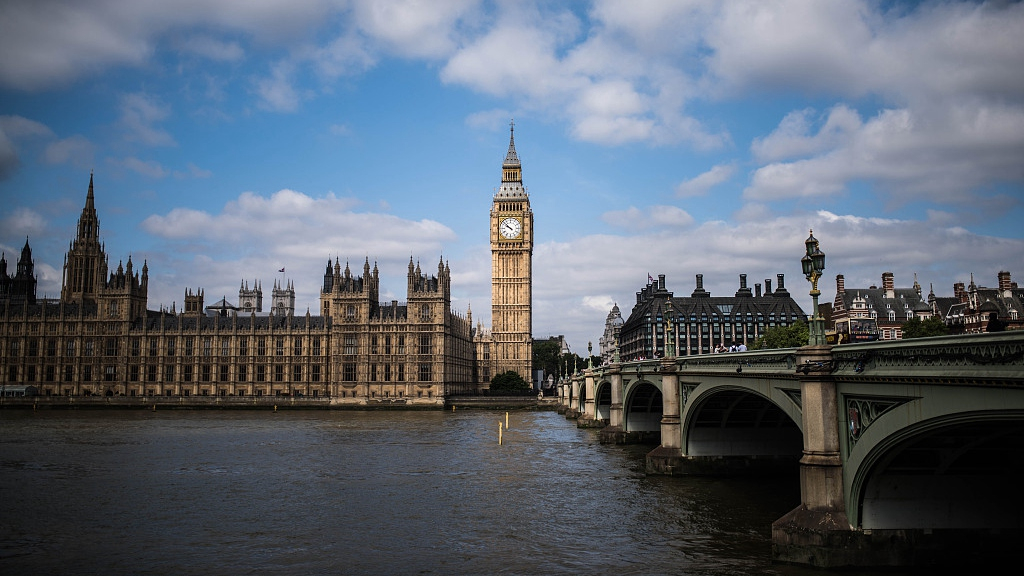 The average house price across Britain in May was 218,902 pounds (about 275,016 U.S. dollars), dropping by 1.7 percent compared with the same month a year earlier, said the Nationwide in its House Price Indices.

"Housing market activity has slowed sharply as a result of the measures implemented to control the spread of the virus," said Robert Gardner, Nationwide's chief economist.

Meanwhile, the annual rate of house price growth in May slid to 1.8 percent, down from 3.7 percent in April.

"Behavioural changes and social distancing are likely to impact the flow of housing transactions for some time," said the mortgage lender in its report, adding that "most viewed the current situation as a temporary pause in the market, with would-be buyers now planning to wait six months on average before looking to enter the market."

At the same time, the number of mortgage approvals for house purchase plummeted to around 15,800 in April 2020, with nearly 80 percent below the February level, hitting the lowest since the series began in 1993, said a report issued by the Bank of England Tuesday.

"Weakness in the housing market associated with COVID-19 was reflected in weak mortgage market activity in April," said the contral bank.

According to the Nationwide, the medium-term outlook for the housing market remains "highly uncertain" and will highly depend on the performance of the wider economy.

"However, the raft of policies adopted to support the economy, including to protect businesses and jobs, to support peoples' incomes and keep borrowing costs down, should set the stage for a rebound once the shock passes, and help limit long-term damage to the economy," said the Nationwide.