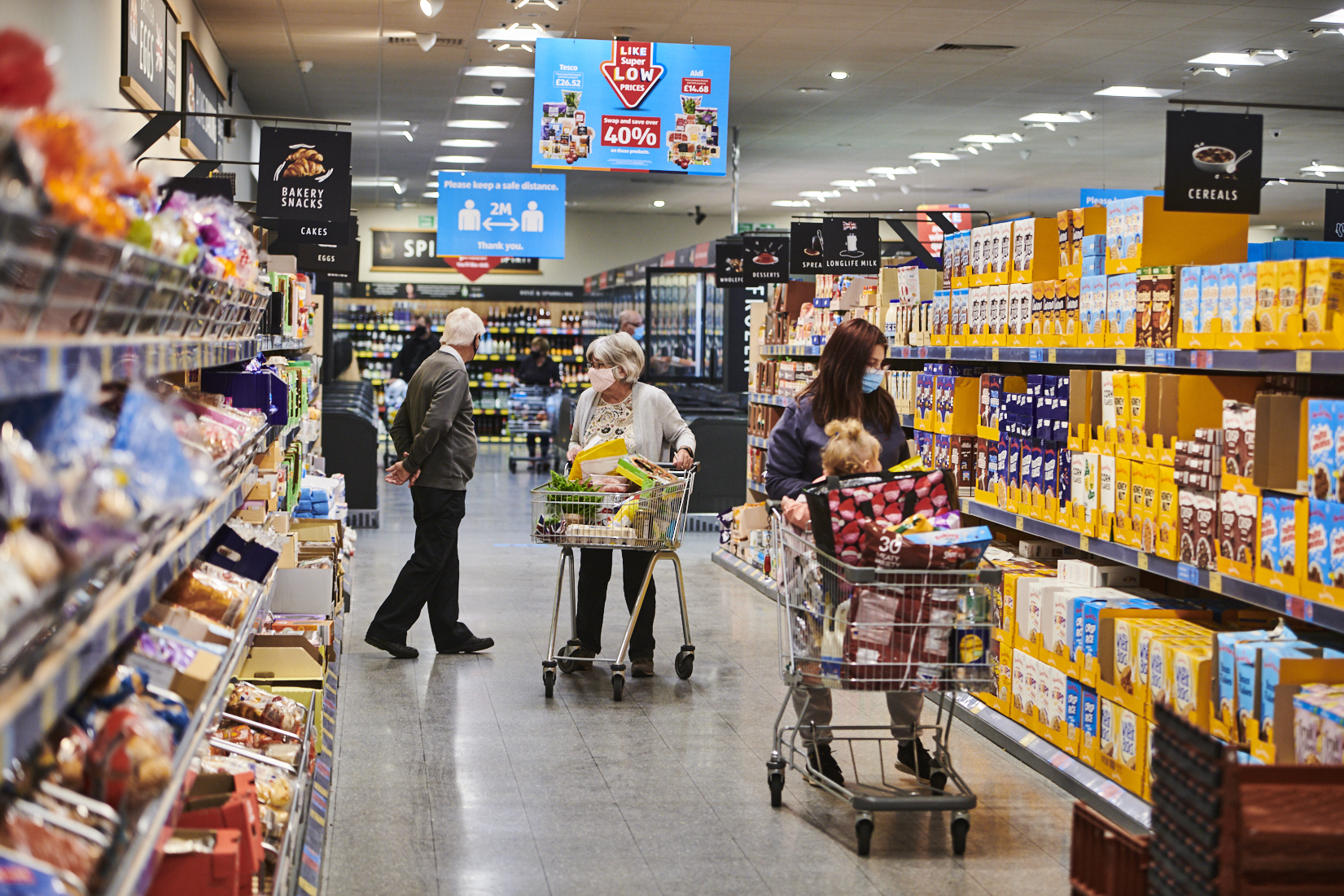 LONDON, June 22 (Xinhua) -- Britain's Consumer Prices Index (CPI) grew by 9.1 percent in the 12 months to May 2022, up from 9 percent in April, the British Office for National Statistics (ONS) said Wednesday.

The ONS said the largest contribution came from food and non-alcoholic beverages, compared with a year ago, among which the prices of bread, cereals and meat rose the most.

The biggest downward contributors were the recreation and culture and clothing and footwear, said the ONS.

"The cost of raw materials leapt at their fastest rate on record," Fitzner added.

On a monthly basis, the CPI rose by 0.7 percent in May, read the ONS data.

"Households and businesses in the UK are continuing to feel the squeeze from rising prices, as higher energy prices, a tight labor market and increasing transport and commodity costs filter through to consumers," said Helen Dickinson, Chief Executive of the British Retail Consortium.

Britain's inflation has reached new highs successively since last winter and has been far above the 2 percent target set by the central bank, the Bank of England (BoE).

About a week ago, the BoE estimated that the CPI inflation will rise to slightly above 11 percent in October as the energy price cap is likely to rise again in October.

In order to battle the soaring inflation, the BoE has raised the benchmark interest rate five times in a row since December last year. Now the interest rate stands at 1.25 percent, the highest level since 2009.

BoE policymakers stressed that they will be "particularly alert to indications of more persistent inflationary pressures, and will if necessary act forcefully in response."

The Resolution Foundation, Britain's independent think-tank, also expressed concerns about "a bigger rise" in the inflation in June and the great pressures on low-income families.

The foundation said that headline inflation for the poorest tenth of households is already in double digits, around 10.3 percent, compared to 8.7 percent for the richest tenth.

"With the economic outlook so unclear, no one knows how high inflation could go, and how long it will continue for - making fiscal and monetary policy judgments particularly tough," said Jack Leslie, Senior Economist at the Resolution Foundation.