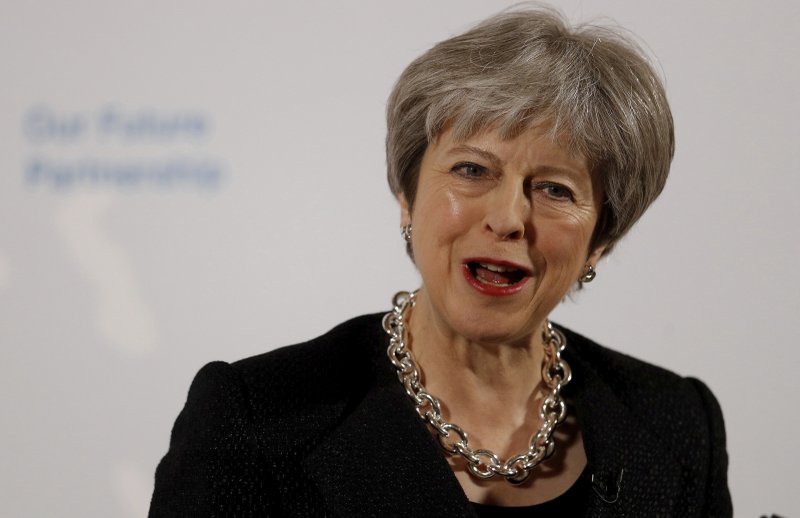 British Prime Minister Theresa May is trying to ease bankers’ concerns after she torpedoed one of their biggest demands for Brexit during a speech on the country’s future relationship with the European Union.

The prime minister, in a BBC interview broadcast Sunday, said both sides must recognize the “very important role” that Britain’s financial services industry plays for the EU and the U.K.

That came two days after May rejected calls for a “passporting” agreement, which would let bankers and other professionals work in the EU with their UK qualifications — and vice versa. Such an arrangement would force Britain to accept rules made elsewhere, and that is unacceptable, she said.

“What we are looking at ... is a new relationship on financial services based on this concept of mutual recognition,” May said. “Given the sums of money involved, given the importance of financial stability, given the risk that, actually, the UK bears ... it’s important that we do that on the basis of recognized regulatory standards. But we can’t just accept rules made elsewhere without us having a say in them.”

The comments were recorded Friday, the same day May delivered a major speech in which she told the British people they had to face “hard facts” about Brexit and warned that the U.K. will have less access to EU markets once it leaves the bloc.

Protecting Britain’s financial services industry has been one of the government’s primary goals because the sector employs about 2.2 million people and generates a trade surplus of $77 billion a year.

May’s speech was meant to answer critics who argued that she had failed to face up to the realities of the leaving the 28-nation bloc. The U.K. is due to leave the EU on March 29, 2019, but the two sides have yet to negotiate new arrangements for trade, security, aviation and a host of other issues.

One of the outstanding issues is the border between the Republic of Ireland and Northern Ireland, which will be the only land frontier between the U.K. and an EU member country.

Britain and the bloc have promised there will be no customs posts or other impediments along the 310-mile (500 kilometer) border. May said Friday that a “hard” border can be avoided through technological solutions and placing no new restrictions on smaller businesses, which account for 80 percent of the trade between Northern Ireland and the Republic.

But Ireland’s foreign minister told the BBC on Sunday that the EU may reject May’s plan. Allowing such a large amount of trade to cross the border without oversight would raise concerns about the integrity of the bloc’s single market, said Simon Coveney.

“While, of course, we will explore and look at all of the proposed British solutions, they are essentially a starting point in negotiations as opposed to an end point,” he said.