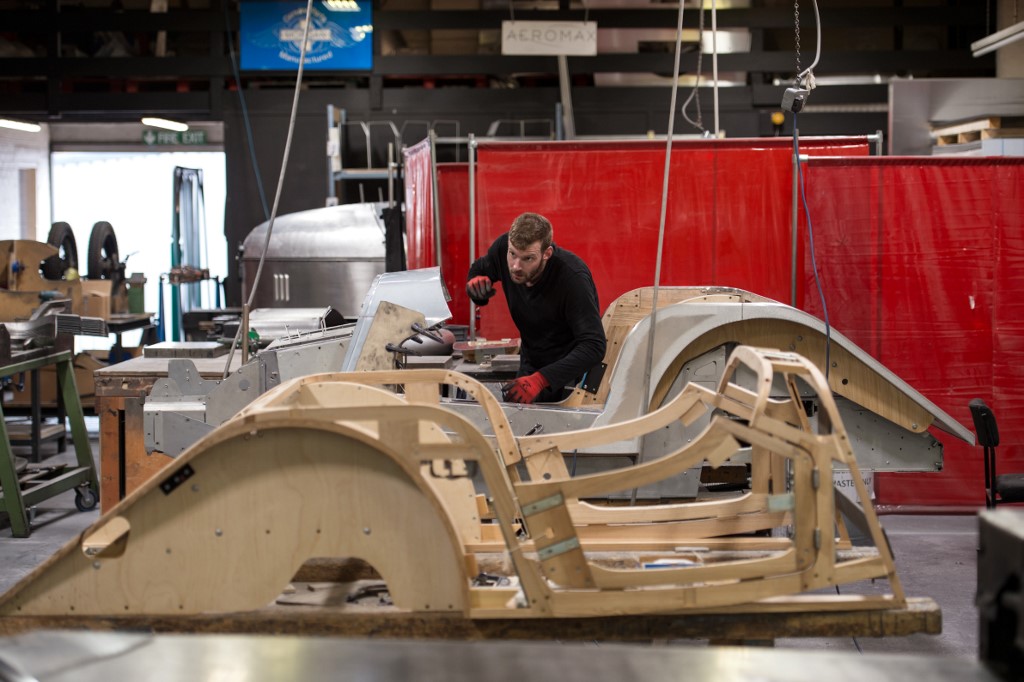 An employee of The Morgan Motor Company assembles the ash wood and aluminium frame of a Plus Six sports car at the car firm's factory in Malvern, southwest of Birmingham, central England on August 13, 2019. (Photo: AFP)

The seasonally adjusted PMI rose to a nine-month high of 50.0 in January, identical to its no-change mark and above December's reading of 47.5, said a joint report from the IHS Markit, a London-based global information provider, and the Chartered Institute of Procurement & Supply (CIPS), a Britain-based global procurement and supply organisation.

"Output rose in the consumer and intermediate goods sectors, as manufacturers in these industries scaled up production in response to improved inflows of new business," said the report following a IHS Markit/CIPS survey.

Optimism in the sector rose to an eight-month high, with 47 percent of manufacturers forecasting that output would expand over the year ahead, said the report.

"However, optimism remained low compared to the historical standards of the survey, in part due to ongoing uncertainty at some firms about the impact of Brexit on their businesses," said the report.

Rob Dobson, director at the IHS Markit, said: "The start of 2020 saw the performance of the UK manufacturing sector stabilise...Overseas demand remained disappointing, however, as new export business fell for the third straight month in response to weak economic growth in key markets, notably European."

"An ongoing downturn at investment goods producers suggests that the economic certainty required to achieve a full revival in capital spending may still be some way off, likely reflecting lingering uncertainty about the Brexit road-map in the coming year," Dobson noted.

Britain officially left the EU at 11 p.m. (2300 GMT) Friday, putting an end to its 47-year-long membership of the world's largest trading bloc. The moment marked the start of a transition period which will last till the end of this year as negotiators try to forge a trade arrangement between Britain and the remaining EU nations.