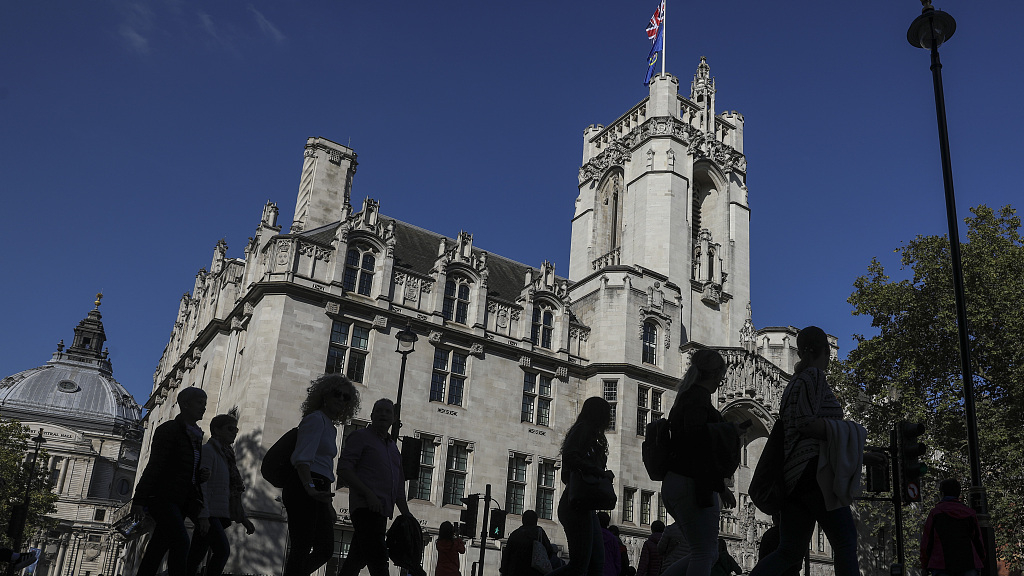 Johnson, who took over as the leader of the governing Conservatives in July, has held a double-digit lead over Labour in opinion polls for weeks, making the December 12 election his to lose.

Corbyn meanwhile is seeking to repeat the success of the last campaign in 2017, when his promise to end austerity and deliver change "for the many, not the few" fired up voters and denied the Tories an outright win.

The two men have sparred only a handful of times in parliament, making the prime-time debate, broadcast on ITV television at 8:00 pm (2000 GMT), a rare opportunity to see how they engage up close.

Both sides will also be hoping the hour-long clash could put the boosters on what has so far been a slow-burning election campaign.

Johnson fired the starting gun with a letter to Corbyn overnight questioning his plans for Britain's looming departure from the European Union.

The Conservatives are campaigning on a pledge to "get Brexit done", promising to end years of political disagreements and several delays by leaving the EU on January 31.

Corbyn has promised to renegotiate Johnson's exit deal and hold another referendum, appealing to around half of voters who still oppose the shock result of the first 2016 vote for Brexit.

But the Labour leader has yet to say how he would campaign in that vote, and Johnson warned in his letter that he offered only more "dither and delay".

Corbyn meanwhile has sought to shift attention to the impact of a decade of Conservative spending cuts, promising a swathe of nationalisations and huge investment in public services.

Labour has attacked the wealthy elites, and sought to link them to Johnson's Tories.

The party claimed Tuesday that 48 of Britain's 151 billionaires have donated more than £50 million to the Tories since 2005 -- 10 of them giving money since Johnson became leader.

Finance spokesman John McDonnell said that having that much money was "obscene", adding: "We know whose side Boris Johnson is on -- the billionaires, the bankers and big business."

Johnson warns that Labour would cripple the economy -- although he also has his own big spending plans, with more money for hospitals, schools and police, as well as infrastructure including broadband.

The two leaders will answer questions submitted by viewers in front of a live audience, a format that had been challenged by smaller parties.

The Scottish National Party and the Liberal Democrats went to court to protest their exclusion from the debate, but the High Court rejected their case on Monday.

Although the next prime minister is almost certainly going to be either Johnson or Corbyn, the role of smaller parties could be crucial.

The Conservatives failed to win a majority of MPs in 2017, forcing them to agree an alliance with Northern Ireland's Democratic Unionist Party (DUP).

Their arrangement collapsed over rows over Brexit, leaving Johnson without the support he needed to get his EU exit deal ratified by parliament.

This time, he has faced a challenge from Nigel Farage's hardline Brexit Party, although it has agreed not to field candidates in Tory-held seats.

Labour meanwhile is languishing so far behind the Conservatives that polling expert John Curtice, from the University of Strathclyde in Glasgow, has suggested it has almost zero chance of winning a majority.

But he noted Corbyn could still take power at the head of a loose coalition involving the SNP and Lib Dems, both of whom strongly oppose Brexit.