Britain's economy showed alarming signs of a sharp slowdown, possibly even into recession, as uncertainty over Brexit combines with a less benign global backdrop, according to a closely watched survey of business activity in the UK released Wednesday. 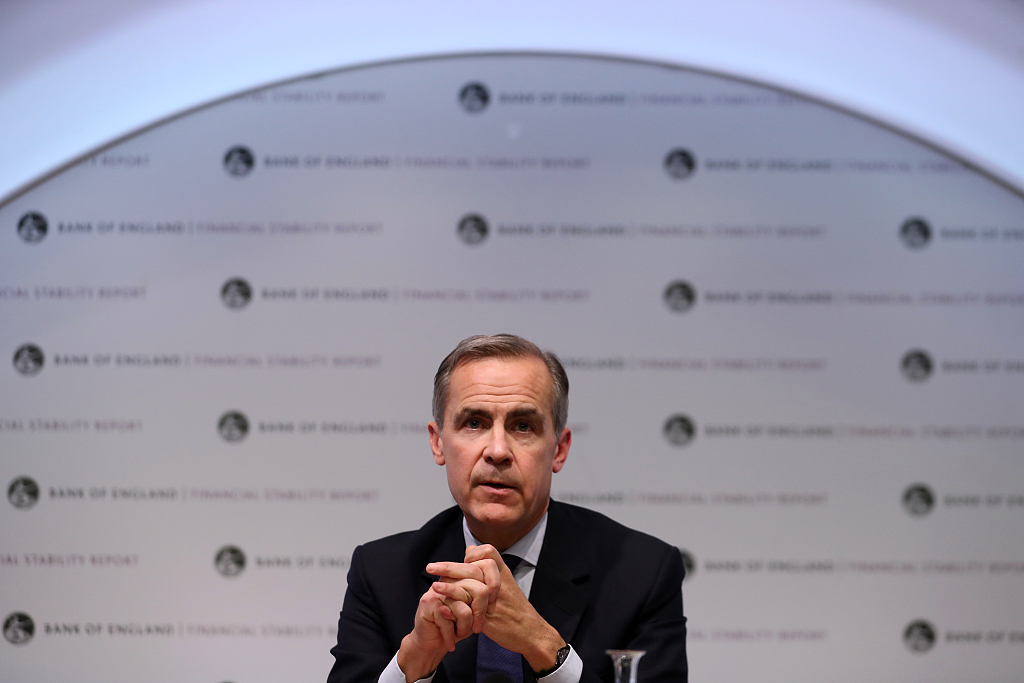 The survey, from financial information firm IHS Markit and the Chartered Institute of Procurement & Supply, showed that the economy contracted in June at its steepest rate since the immediate aftermath of the country's vote three years ago to leave the European Union.

The survey also found the second-steepest fall in output since the height of the global financial crisis a decade ago.

The survey's main "all-sector" purchasing managers' index fell in June to 49.2 from 50.7 the previous month, suggesting that a contraction is underway. Though some of the retreat was clearly due to firms adjusting their stock levels after boosting them to record levels ahead of the original Brexit date of March 29, the survey does clearly highlight the scale of the pessimism among firms.

"The overall degree of business sentiment about the year ahead remains worryingly subdued, characterized by uncertainty over the potential disruption of Brexit, signs of weakening sales growth and a lowering of economic growth projections," said Chris Williamson, chief business economist for IHS Markit.

Like all economies around the world, Britain has had to confront the slowdown in the global economy largely due to mounting trade tensions between the United States and China. However, it has to do that at a time when no one has an idea how Brexit will pan out in the weeks and months ahead.

Brexit has been delayed to Oct. 31 after the British Parliament's failure to back the deal that Prime Minister Theresa May agreed with the EU. Jeremy Hunt and Boris Johnson, who are fighting it out to replace May as leader of the Conservative Party and to become the next prime minister, have indicated that they'd be prepared to back a "no-deal" Brexit on that date if no revised agreement with the EU is struck.

Most economists think such an outcome will lead to a deep recession in Britain as tariffs and other restrictions to trade are imposed. With so much uncertainty around, businesses remain reluctant to invest in the future and many are warning they may up sticks and move to the continent where they will have continued frictionless access to the European single market.

Bank of England Governor Mark Carney signaled in a speech on Tuesday that the British economy is slowing by more than predicted.

He said it looks like "the negative spillovers to the UK from a weaker world economy are increasing and the drag from Brexit uncertainties on underlying growth here could be intensifying."

The latest surveys, he said, "point to no growth in UK output."

That was before Wednesday's report from IHS Markit and CIPS, which also listed a catalog of woes afflicting the British economy from the sharpest drop in factory output since Oct. 2012 and the steepest decline in construction since April 2009.

Capital Economic has grown more negative about the immediate prospects for the British economy following the survey and now thinks it will contract by 0.2% in the second quarter of the year.

"The fact the surveys have not picked up towards the end of the quarter, and global manufacturing is slowing, means the risk is that the economy fails to bounce back in the third quarter," he said.

If a second-quarter contraction were followed by another in the third, then the British economy would officially be in recession — widely acknowledged as two consecutive quarters of negative growth.

Not exactly the backdrop either Hunt or Johnson would like to have as they take the reins of the economy.