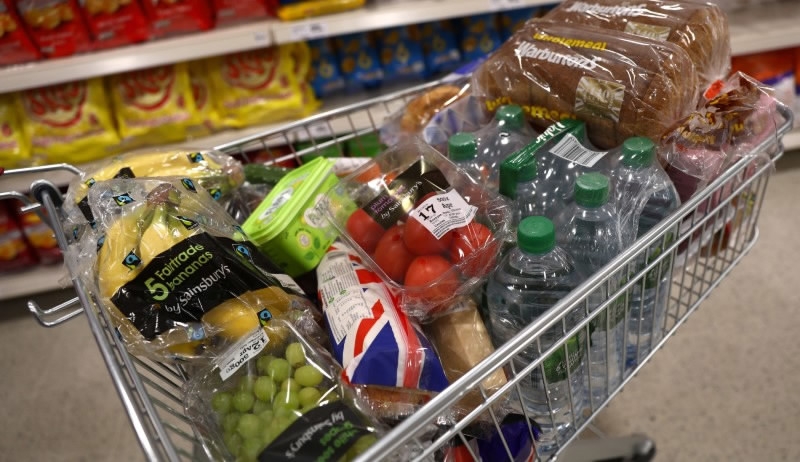 Total sales increased by 1.1 percent compared to February, when they rose 0.6 percent, the Office for National Statistics (ONS) said in a statement.

The March reading easily outshone analysts' consensus forecast for an increase of just 0.3 percent, according to a Bloomberg poll.

"Consumers have undeniably been resilient and have seemingly so far largely brushed off Brexit concerns," said EY economist Howard Archer.

"But retailers will nevertheless likely be wary that consumers could become more cautious and limit their spending over the coming months as a consequence of prolonged Brexit uncertainties -- and a highly uncertain domestic economic and political environment."

Rising sales could reflect stockpiling by some consumers ahead of the original Brexit date of March 29, Archer added.

Britain is now due to leave the European Union by October 31.

In addition, retail sales soared 6.7 percent in March compared to a year earlier in the best annual gain since October 2016.

However, the comparison was skewed because retail sales had plunged in March 2018 on the back of freezing weather during the so-called "Beast from the East" cold wave.

In contrast, this year Britain enjoyed warm weather in March.

The ONS also revealed Thursday that department store sales fell 0.3 percent in March from a year earlier -- the only category to register a decline.

"While the quantity bought in department stores is decreasing, other store types are contributing positively to the overall growth in retail sales," the ONS said.

Department stores have been hit particularly hard by fierce competition from online-specific retailers, that do not have such high costs.

Earlier this month, Britain's biggest department store chain Debenhams was taken over by its lenders.