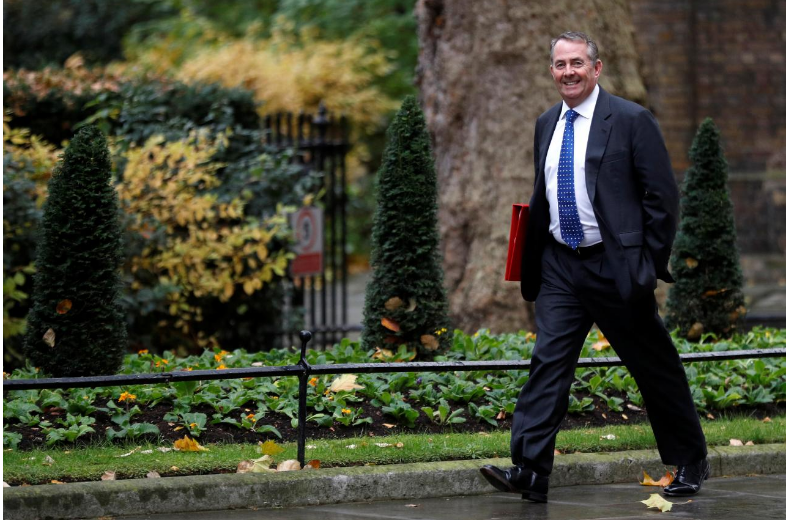 Fox, hosting a reception of business people and ambassadors in Geneva, said that as Britain leaves the European Union, it would use its independent membership of the WTO to champion the cause of international free trade.

"And boy, does it need a champion at the present time," he said.

He described the WTO as "the repository of our values, resolutely championing free trade in the face of setbacks and opposition and in some cases an ugly rising tide of protectionism".

"Its existence cannot be taken for granted," he added.

Trump has said the trade body has not treated the United States fairly, and Washington is blocking new appointments of WTO judges, which could halt the WTO's ability to police global trade protectionism.

The highest-ranking American in the WTO, deputy director-general Alan Wolff, said earlier this week that the WTO's dispute process could become paralyzed in the coming year, with the risk that countries may resort to trade sanctions instead.

Fox said the global trading system was "the foundation of our post-war prosperity".

"We have taken, by our efforts, a billion people out of poverty in the last 25 years. So, it is not merely an economic mission on which we are embarked, but a moral mission too. And that is a future worth fighting for."