UK to expand drone no-fly zones near airports next month

No-fly zones for drones within 5 kilometres of British airports will come into force next month, the government said on Wednesday, after drone sightings caused severe disruption at Heathrow and Gatwick airports. 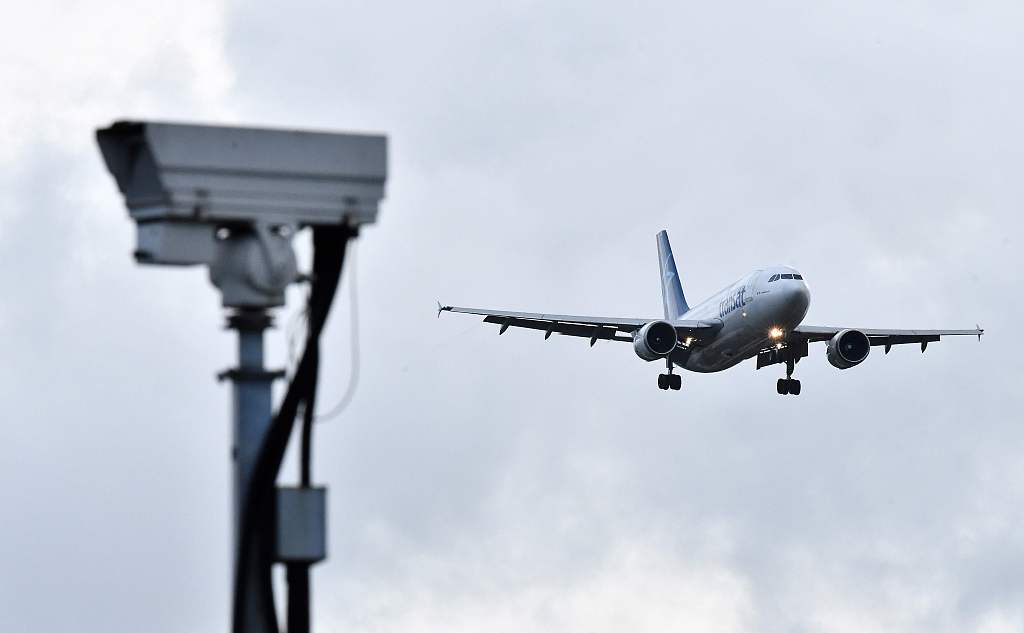 In this file photo taken on December 21, 2018, an Air Transat aircraft is pictured beyond a CCTV camera as it prepares to land at London Gatwick Airport, south of London. (Photo: VCG)

"The enlarged zone will better protect the UK's airports from those misusing drones, and will come into force on March 13," the transport ministry said in a statement.

The ministry said it was also teaming up with Jessops, an electronics store chain, to raise public awareness.

The government is drawing up legislation that would give police officers powers to stop and search people "suspected of using drones maliciously," it said.

It would also allow police "to access electronic data stored on a drone with a warrant," it added.

It is already against the law to fly a drone within one kilometre of an airport boundary in Britain. Endangering an aircraft with a drone is also a criminal offence punishable by up to five years in prison.

Drone sightings in the run-up to Christmas caused travel misery for tens of thousands of people at Gatwick airport after flights were suspended over three days.