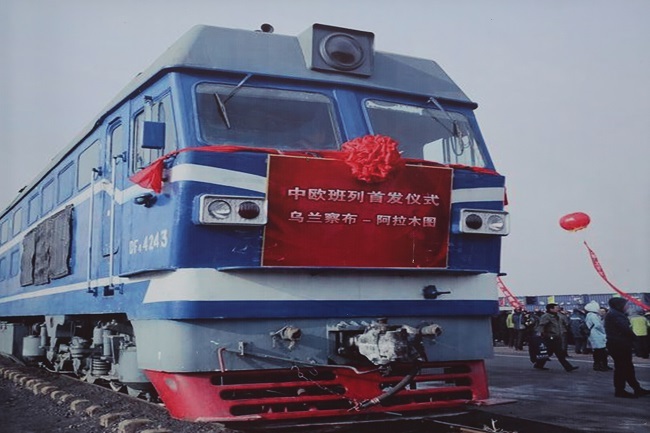 Made-in-China products could catch these trains to head for Europe, and goods, including grain and oil, and agricultural and livestock products, can be also directly transported by the freight trains from Eurasian countries to the Chinese market.

The China-Europe freight train service now has seven routes dispatched from the city, connecting destinations in Asian and European countries, including Uzbekistan, the Republic of Belarus and Russia.

It is leaned that since the launch of the China-Europe freight train sent from Ulanqab, the service cost of freight trains has been continuously reduced and the operating efficiency has been gradually improved.

The travel time of the trains has been shortened to about 10-14 days from the initial 20 days. The shortened travel time with favorable transportation cost has brought more market competitiveness and development space for the freight train service.

At present, the city is striving to raise its competitiveness in the logistic sector by setting up a comprehensive logistic network combining expressways, railways and aviation .

In late July, a new high-speed railway threading Ulanqab and Beijing, capital of China, officially opened. The travel time between the two city has been shortened to only two hours.