China's ban on imported waste is widely welcomed, which could prompt other countries to do better in recycling, a UN official said on Tuesday. 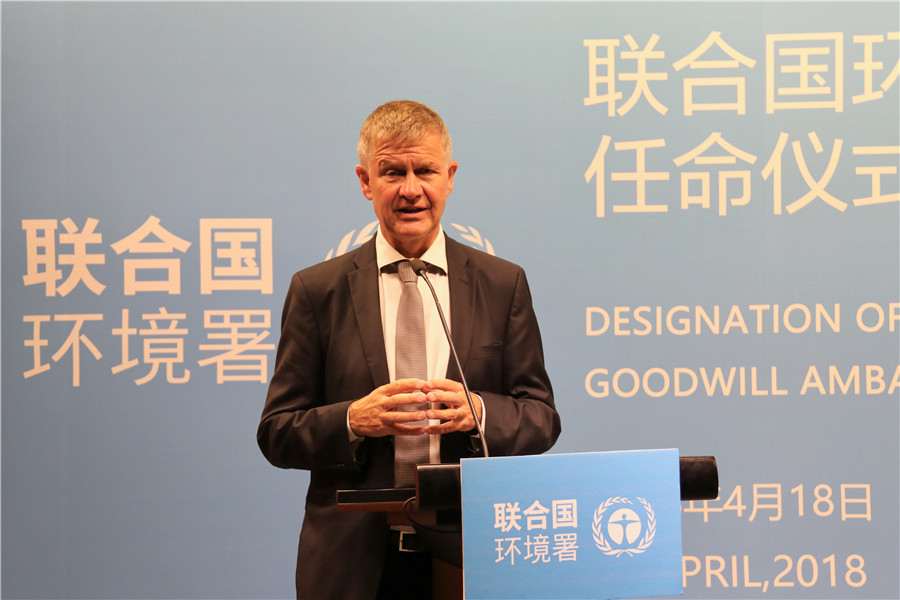 Eric Solheim, gives a speech at the ceremony in Beijing on Wednesday. (Photo :chinadaily.com.cn)

"I fully support China's decision," Erik Solheim, UN Environment Executive Director, told the Global Times on Tuesday. He noted that every country has a duty to protect its citizens against hazardous pollutants, and China has the right to reject foreign trash, which is the right thing to do.

China imposed a ban on some imports of foreign waste since the beginning of this year. China's imports of solid waste dropped 57 percent year-on-year in the first quarter of this year, the Xinhua News Agency reported in June. Authorities will phase out such imports by the end of 2019, except for those containing resources that are not substitutable.

Still, the ban will leave millions of tons of trash displaced, and prompt countries like the US to find new ways to deal with their own waste.

"This is creating some challenges for other nations that used to send waste to China," Solheim said, noting that these countries have to seek more innovative ways of dealing with trash in their own countries.

One thing to avoid is having this waste sent to less-developed countries, he added. As those countries have less capacity to handle pollutants, the waste may create problems for the environment.