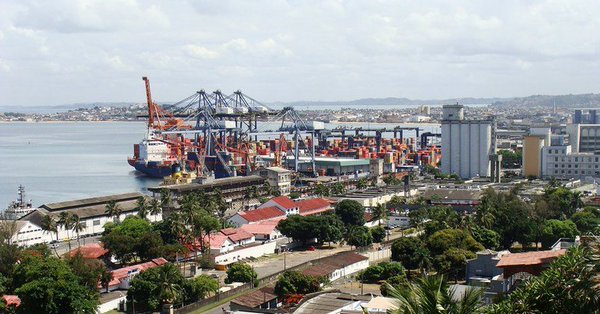 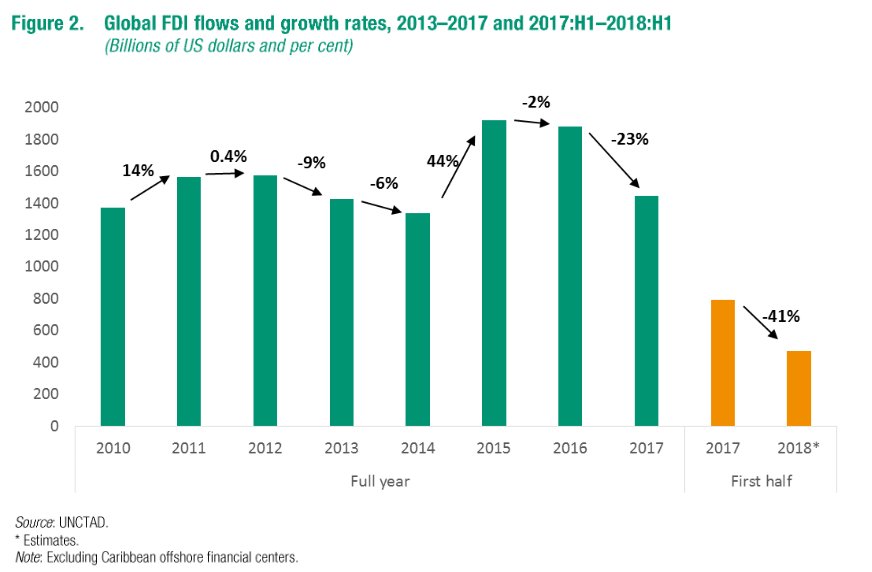 Overall, the global financial picture is “gloomy”, said UNCTAD’s James Zhan, director of the Division on Investment and Enterprise. He explained that foreign direct investment is important because it gives countries access to external capital, technology, market access and tax contributions. 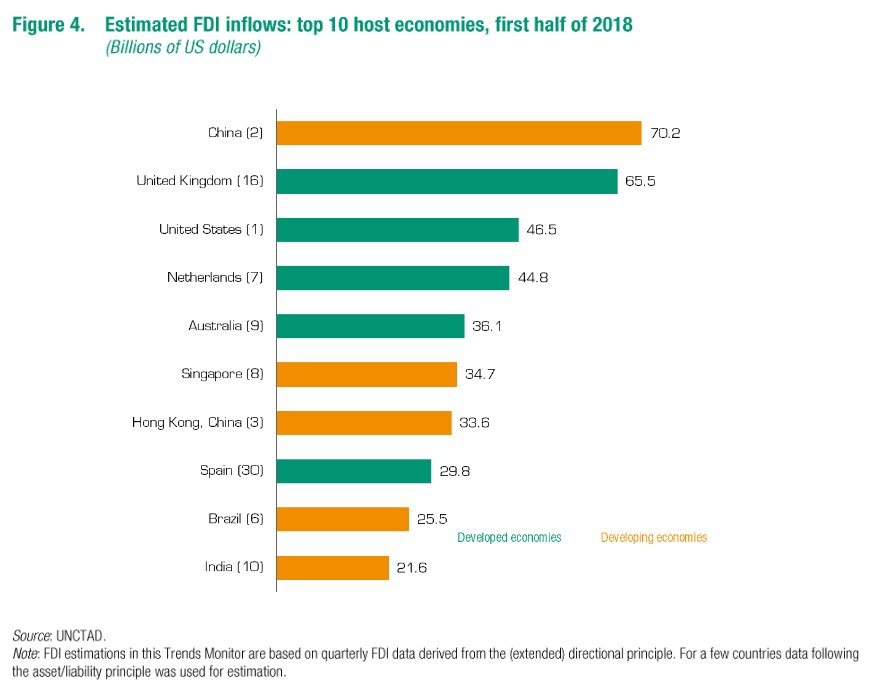 According to UNCTAD, the development is mainly owing to recent tax reforms in the US which have encouraged big firms to bring home earnings from abroad – principally from Western European countries.

Other factors have contributed to this year’s “huge difference in repatriation” of overseas profits by US multinationals, Zhan said. These include uncertainty about the detail and impact of tax reform and the potential impact of unresolved international trade disputes. 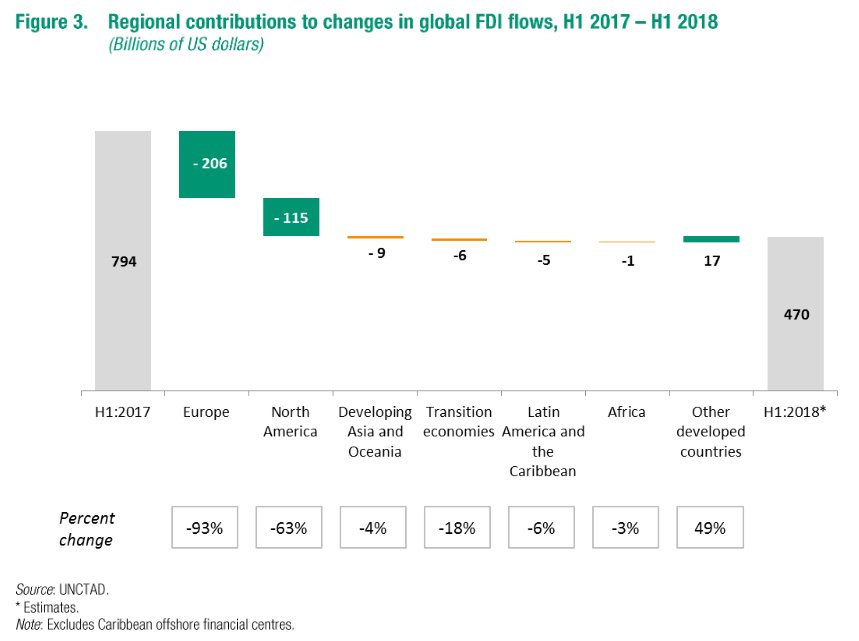 While the fall in foreign direct investment has happened mainly in richer nations, including Ireland (down $81 billion) and Switzerland (down $77 billion), developing economies saw FDI flows declining “only slightly” in the first half of the year by 4 percent, to $310 billion, compared with 2017.

This includes developing Asia - down 4 percent - to $220 billion - in the same period, driven mostly by a 16 percent decline in investment in East Asia. China, the notable exception, was in fact the largest recipient of foreign direct investment in the first half of 2018, attracting more than $70 billion.

Latin America and the Caribbean, meanwhile, saw a 6 percent drop in investment, amid uncertainty over upcoming elections that were offset by higher commodity prices, UNCTAD said.

In Africa, Egypt remains Africa’s largest recipient of foreign investment - up almost a quarter compared with the first half of 2017. Turning to Western Africa, the data indicates a 17 percent fall in investment there in the first half of the year and it could be turned around by advances in regional integration, including an African Continental Free Trade Agreement, the UNCTAD report suggested.

However, the report also pointed out that it leaves a significant gap in the investment that will be required for poorer countries to achieve Sustainable Development Goals by 2030, a list of ambitious objectives including extreme poverty eradication and ending world hunger, agreed upon three years ago.