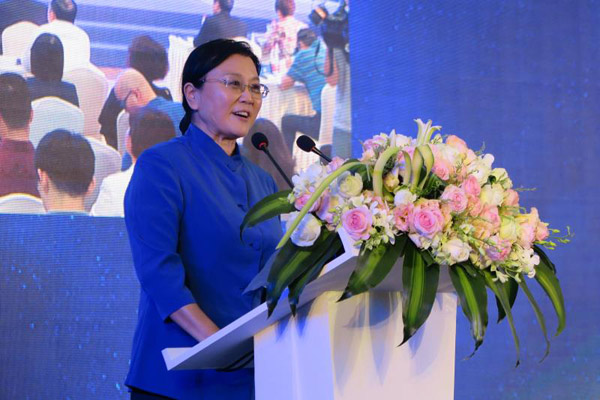 Unicorn enterprises are an important factor in the construction of Digital China and building the country into a strong cyberpower, said Ma Li, chairwoman of the China Internet Development Foundation.

She made the remarks at the opening ceremony of the 2018 Global Unicorn Enterprise Forum held in Chengdu, Southwest China's Sichuan province, on Saturday.

The word "unicorn" is synonymous with the most innovative and successful company in the internet sector, the chairwoman said.

With the theme, "A Brand New Path to the Future", the one-day forum sponsored by www.people.cn and Chengdu municipal government was aimed at building a platform for unicorn enterprises to promote themselves, communicate with each other and develop together, she said.

According to Ma, most of the unicorn companies that participated in the forum are internet companies in the field of technology.

The number of netizens in the country totals 732 million. The internet sector still has much room for development. It can be said that unicorn enterprises are an important factor in the construction of Digital China and building the country into a strong cyberpower, the chairwoman said.

Coupled with rapid development, unicorn enterprises must shoulder social responsibility. Only in this way can the country achieve the ambitious goal of Digital China and build itself into a strong cyberpower, she said. 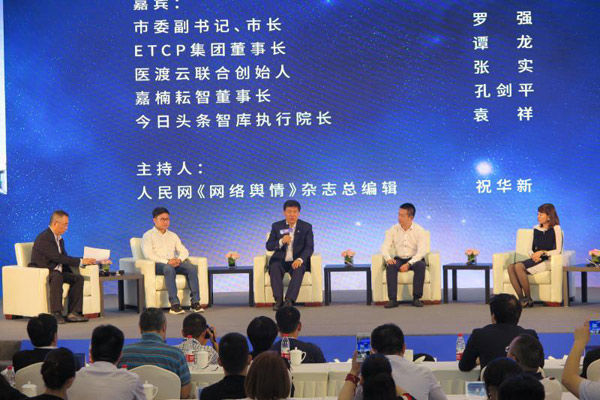 Luo Qiang (center), mayor of Chengdu, Southwest China's Sichuan province, engages in a dialogue with representatives of unicorn enterprises at the 2018 Global Unicorn Enterprise Forum held in his city on June 19, 2018. [Photo by Huang Zhiling/www.chinadaily.com.cn]

Seeking dialogue with representatives of unicorn enterprises, Luo Qiang, mayor of Chengdu, invited unicorn enterprises from around the world to locate in his city, which is building a unicorn island in the State-level Tianfu New Areas.

The forum was held simultaneously in the Silicon Valley in the United States on Saturday, Beijing time (Friday evening US time), drawing more than 100 attendees from political, scientific, technological and investment circles in China and the United States.

China and the United States are the world's two largest economies. Their economic aggregate and exports account for 40 percent and one-quarter of the world's total, respectively, said Luo Linquan, consul general of the Chinese Consulate in San Francisco, who attended the forum.

The deepening of the global layout of multinationals and global application of scientific and technological innovation provide new opportunities and a driving force for deeper and wider cooperation for both countries, Luo said.

Emergent unicorn enterprises in both countries are proof of that, he added.