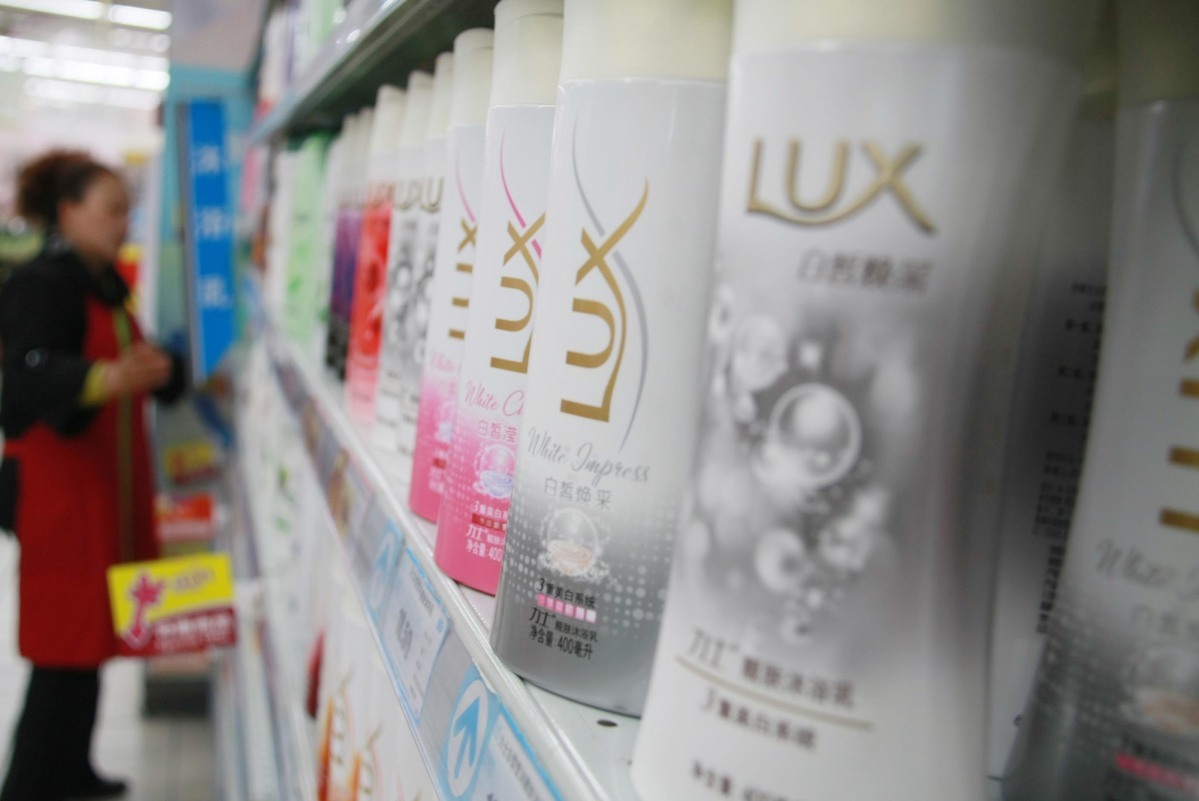 An employee arranges Lux shampoo products, a hair care brand under Unilever, at a supermarket in Nantong, Jiangsu province.

Global consumer goods giant Unilever laid the groundwork to expand its China food production base on Wednesday, showing the industry leader's confidence in the Chinese consumer market's potential and its commitment to continue its investment in the country.

Located in Taicang, Jiangsu province, Unilever's China food production base will attract a total investment of 100 million euros ($113 million), making it the largest investment that Unilever has approved in its food business sector in recent years.

With a planned area of around 63,000 square meters, the production base is scheduled to start operation in early 2022. The facility will initially be used to produce the company's signature Wall's ice cream and will have an annual capacity of 150,000 metric tons. Production lines for tea bags, sauces, seasonings and other food products will be introduced at a later stage in the planned space. The entire project will be able to support Unilever's production in China for five to 10 years.

The base will be upgraded from the standing Taicang factory, which was put into use in the 1990s. According to Rohit Jawa, executive vice-president of Unilever North Asia, the factory cannot keep up with the rapidly growing Chinese market by simply adding more state-of-art machines. Thus, the company decided to invest in upgrading its factory into the world's first ice cream production base that combines automatic, intelligent and agile manufacturing.

As Jawa further explained, locating the first advanced production base of this kind in China can be largely attributed to the technology maturity in the country, especially in the development of smart factories.

While addressing rising labor costs, an unmanned factory has proved to be particularly advantageous during the COVID-19 pandemic as it can ensure food safety and continue manufacturing at the same time. The factory upgrade is also in accordance with China's industrial upgrading strategy, he added.

The Chinese market was one of the first among Unilever's worldwide operations to resume production after the start of the pandemic. The signature products of Wall's, such as the premium brand Magnum, have kept growing strongly. E-retailing has been the major driver, Jawa said.

"The Taicang project will be the best example to boost and pass on confidence worldwide. While China is among the top five contributors to Unilever's annual sales revenue, a large part of the group's growth will come from China in the next 10 years," he said.

Unilever's Taicang project is just one example of multinational companies' continued investment in China, which has been unaffected by the pandemic.

Statistics from the Ministry of Commerce showed that the amount of utilized foreign capital in the country reached 68.63 billion yuan in May, up 7.5 percent year-on-year.