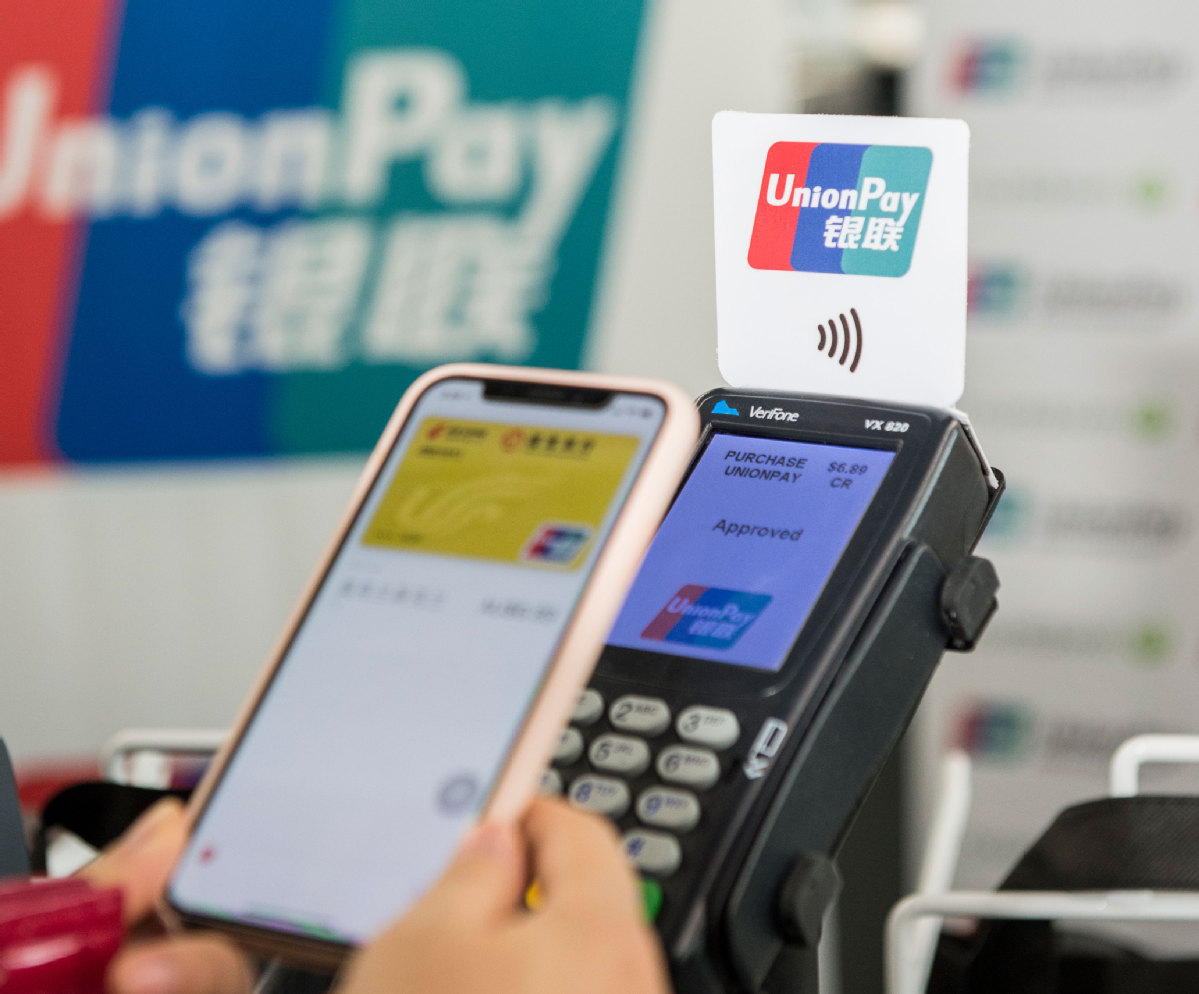 UnionPay's mobile payment services are available in 48 countries and regions. (Provided to chinadaily.com.cn)

UnionPay International (UPI) has announced that with significant progress in Latin America, UnionPay acceptance network has now extended to 180 countries and regions, over half of which accept UnionPay mobile payments. As many as 55 million merchants worldwide take UnionPay cards. According to a report released by British consulting firm RBR, UnionPay is among the most widely accepted card brands in the world.

With its vast network, UPI is striving to serve more overseas residents, facilitate China’s exchange with other countries, and boost internal and external circulations. A total of more than 150 million UnionPay cards have been issued in 67 countries and regions outside of the Chinese mainland. Meanwhile, UnionPay is leading the development of digital payment in some Asia Pacific countries and regions through its services offered to local consumers.

Responding to the World Health Organization’s call for cashless payment since the COVID-19 outbreak, UPI has been developing use cases for contact-free transactions such as online or mobile payments while optimizing its card acceptance. Such moves are meant to meet the diverse payment needs of overseas UnionPay cardholders in these challenging times.

Three million merchants outside the Chinese mainland were enabled for UnionPay card acceptance last year, boosting the coverage in Europe, North America and the Asia Pacific to 70 percent, 70 percent, and 90 percent respectively. UnionPay QR payment or mobile QuickPass are now supported by more than eight million merchants in 93 countries and regions outside the Chinese mainland, including over 30 new markets such as Brazil, Hungary and Tajikistan. The number of UnionPay QR code merchants has doubled.

UnionPay cards are now supported by nearly 22 million online merchants in more than 200 overseas markets. UnionPay enables cardholders to make payments in the comfort of their homes by providing distinctive payment services for use cases such as food delivery and online tuition payments. In 2020, UPI’s online transaction volume grew by nearly 15 percent year-on-year.

Li Guangzi, Director of the Banking Research Office at the Institute of Finance and Banking, Chinese Academy of Social Sciences, said that the payment system, as one of the most important financial infrastructures, plays a crucial role in facilitating the internal and external circulations. UPI’s progress made in overseas card issuance provides solid financial support to China’s exchanges with other countries and sets a good example in enhancing the service capabilities of Chinese financial systems in overseas markets.

All UnionPay card issuance projects have been implemented as scheduled in markets including Russia, Mongolia and Africa, with more than 20 million cards issued last year. Particularly in the Asia Pacific region, one in four new cards is branded UnionPay. Despite the year-on-year drop by two thirds in global air passenger traffic, the transaction volume of UnionPay cards issued overseas has grown as the cards are used by local cardholders to make everyday purchases. As many as 90 percent of purchases with UnionPay cards issued in Hong Kong, Macao, South Korea, Pakistan, Russia and Central Asia take place locally.

According to Oriental Daily News in Hong Kong, UnionPay mobile payment products have recorded significant growth in transaction volume in spite of the decline in consumer spending in Hong Kong and Macao. Both transaction counts and volume grew by nearly 400 percent during the pandemic. The Hong Kong and Macao version of the UnionPay app launched two years ago has enrolled almost all local UnionPay issuers, leading to the enablement of UnionPay QR payment in 15 issuer apps. The UnionPay QR payment, with 1.6 million users in the region, has become one of the most popular mobile payment services among local residents.

Mobile payment is becoming the focus of cooperation for a growing number of UPI partners overseas as the consumers’ payment habits are changing. UPI has launched over 90 mobile payment products in Hong Kong, Macao and other locations outside of the Chinese mainland. Such products take the forms of the UnionPay app, mobile pay products (or OEM Pay), and QR code e-wallets. New users, mainly based in the Asia Pacific region, totaled nearly five million last year. Mobile payment products are used for one in five transactions generated by UnionPay cards issued overseas.