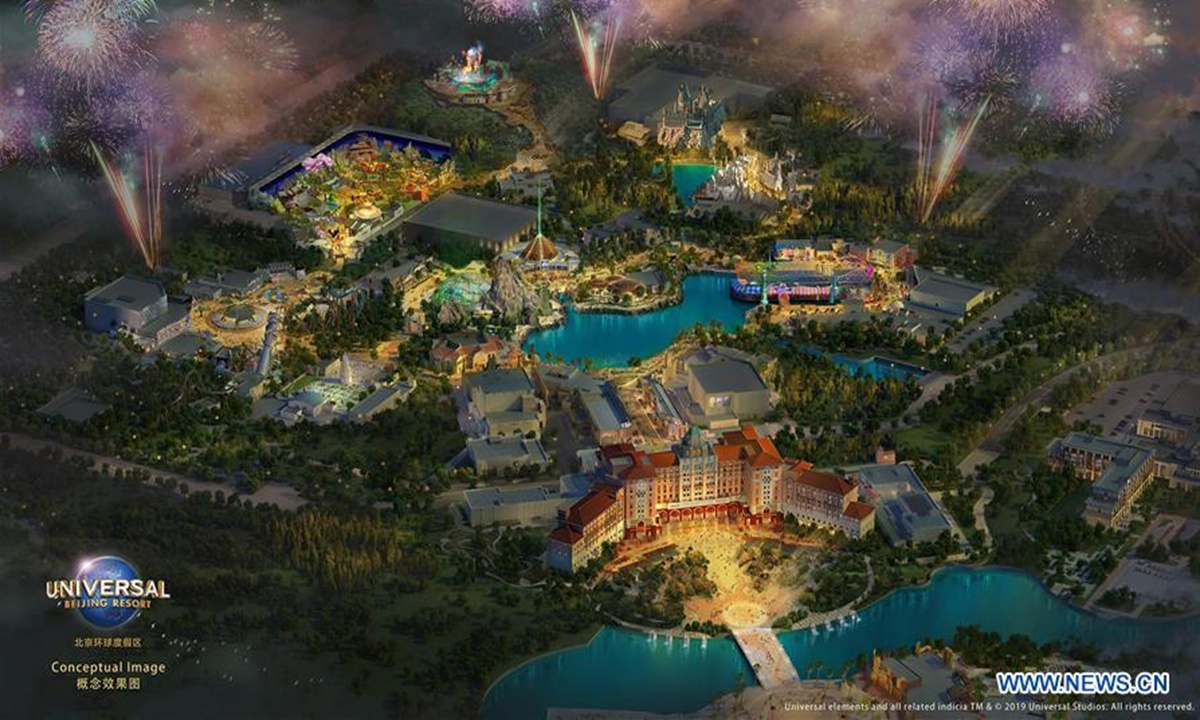 Universal Beijing Resort has resumed pre-opening stress tests after the park's rides and amenities had been suspended for several months.

The intensive testing which resumed on Friday will include partners, employees, and families of the projects during the construction, the resort said.

The resort has not officially announced when the park will formally open its gates, but said on its official WeChat account on Thursday that "it is believed that in the near future, the resort will surely become a source of happiness for you."

The resort said earlier that it will move through multiple stages of preparation before the opening, including the pressure tests, and trial operations.

The tests not only include ensuring safe operation of rides and attractions, but also the park's capacity for hosting large crowds, or encountering extreme weather, according to Song Yu, chairman of Beijing Tourism Group earlier.

The anticipation surrounding the opening date has become a hot topic online, with fans anxious to get hold of test tickets. The Global Times discovered a ticket is available with the price of 2,600 yuan ($400) at Xianyu, a digital second-hand and resale marketplace under Alibaba Group.

But the studio said on its official WeChat account that the company has never sold tickets to the public.

According to the local tourism bureau, seven themed scenic spots including Kung Fu Panda Land of Awesomeness, Transformers Metrobase and Minion Land will be scattered throughout the park, Chinese cultural elements will be a primary highlight.

Beijing will become the fifth city in the world that is home to a Universal Studios theme park.