Tickets and hotel rooms for Universal Beijing Resort went on sale at 12 a.m. Sept. 14, only to quickly sell out after the ticketing platform continually crashed due to overwhelming demand. 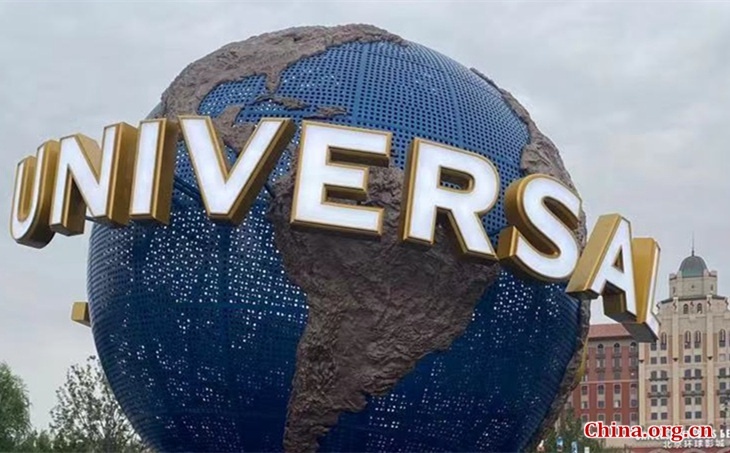 Within one minute, tickets for the resort's Sept. 20 grand opening sold out on Ctrip. Meanwhile, Alibaba Group's online travel booking platform Fliggy also reported that its official Universal Studios Beijing store had sold 100,000 tickets within half an hour. Shortly thereafter, tickets for not only its opening date but also dates within the upcoming Mid-Autumn Festival holiday sold out across various ticketing platforms and tourist agencies authorized by the resort, while The Universal Studios Grand Hotel and NUO Resort Hotel quickly booked out.

There are four types of one-day tickets for the park depending on off-season and peak-season windows, which cost 418 yuan (about $65), 528 yuan, 638 yuan and 748 yuan. Likewise, there are special access packages including Universal Express Pass and VIP Experience tours, which had also sold out most of the available dates by Tuesday morning. The resort now sells tickets and passes from Sept. 14 to Dec. 11.

The massive surge in traffic caused Universal's official app and website, as well as plenty of other popular ticketing websites and apps to frequently crash. Internet users have been venting their frustrations, saying that the official app is still not back online, with others claiming that they had successfully placed orders via authorized platforms, only to have those orders canceled without explanation.

Incidentally, as the resort's grand opening coincides with the start of the Mid-Autumn Festival holiday, Beijing-bound travel bookings increased by more than 200% over the past week compared with the previous week, Fliggy's data showed.

Since Sept. 1, the park has been undergoing trial operations with a limited number of invited guests, including park staff and their families, celebrities, social media influencers and lucky fans. While most of the feedback has been positive, some criticisms have included wait times of up to a few hours for a ride, as well as expensive food and merchandise that rivals the hefty price tags found at Universal's closest competitor, Shanghai Disneyland.

According to projections from Beijing's Tongzhou government, however, it is expected that the first phase of Universal Beijing Resort's opening will bring in more than 10 million visitors annually, and by the completion of the project's third phase, the resort will host 30 million visits every year to become the largest Universal Studios theme park resort in the world, with annual revenue of tens of billions of yuan.