BUSINESS Unleashing consumer spending to be priority for policymakers

Unleashing consumer spending to be priority for policymakers

By XU WEI and MA ZHIPING in Haikou | China Daily 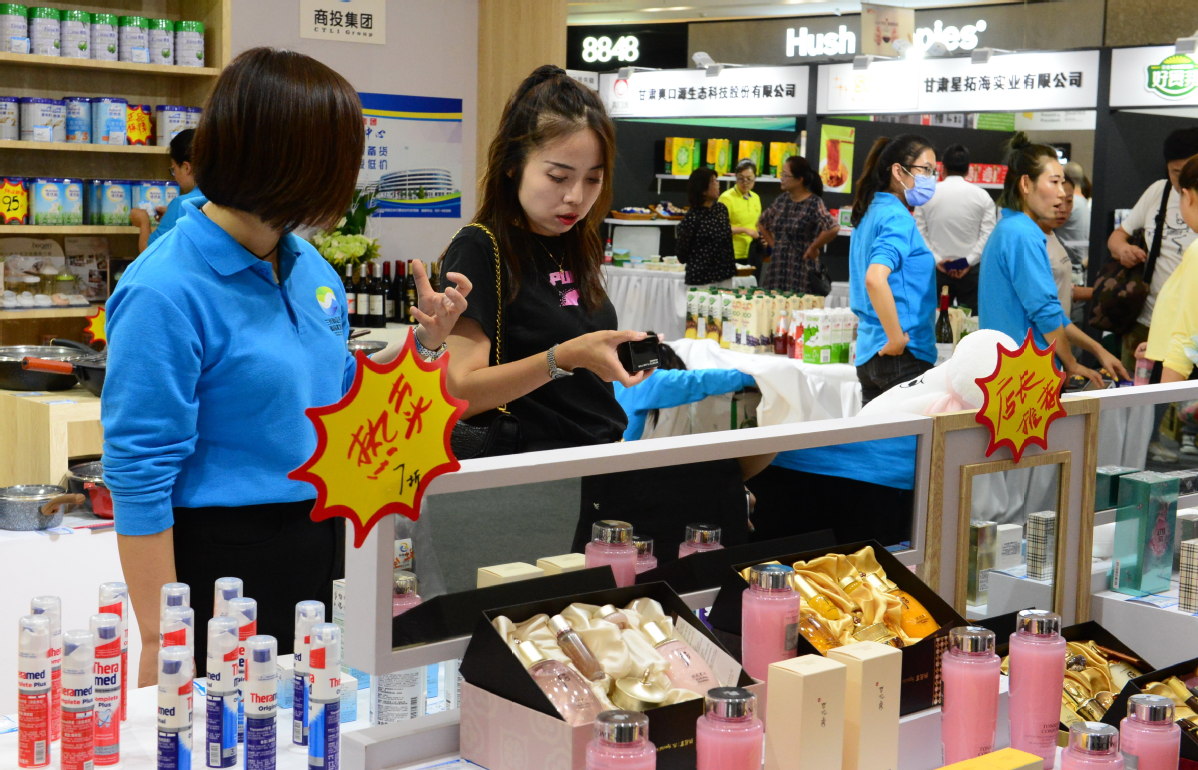 A shopper looks at cosmetics during a sales promotion in Lanzhou, Gansu province. (Photo: China Daily)

Unleashing the potential of consumer spending will be the priority for China's economic policies as it endeavors to foster a new development paradigm during the 14th Five-Year Plan period (2021-25), officials with government think tanks and experts said over the weekend.

The expansion of domestic demand is a must for China as it seeks to foster a new development pattern with domestic circulation as the mainstay and domestic and international circulation reinforcing each other, Xie Fuzhan, president of the Chinese Academy of Social Sciences, said in a speech on Saturday at the 86th International Forum on China Reform in Haikou, Hainan province.

"With a middle-income group of 400 million people and its average per capita GDP of $10,000, China remains the largest consumer market with the highest growth potential in the world," he said.

Meanwhile, there is still immense room for the upgrading of consumer spending in China－both in terms of volume and quality－and the government should focus on transforming traditional consumption, fostering new types of spending and encouraging more spending on services, he said.

He said it could become more difficult for China to bolster its exports, one of the main growth engines for the country's economy.

Faced with a complicated external environment, it was even more pressing for China to accelerate reforms to unleash the potential of consumer spending, he said.

The growth of China's consumer spending has gained momentum in recent months as the economy rebounds from the contraction caused by the COVID-19 pandemic, with retail sales up 3.3 percent year-on-year in September, speeding up from a modest 0.5 percent rise in August and posting the fastest growth since December, according to the National Bureau of Statistics.

Cao Yuanzheng, chairman of BOCI Research, said the sustainable increase of Chinese incomes, especially the rising income level of its low-income group, will usher in an expansion of the Chinese market that will be shared by the world.

China's per capita income could double in the next 15 years, with a doubling of its GDP by 2035 proposed in a Communist Party of China Central Committee development blueprint last month, he said.

"That means China will be the world's largest market by then, and it will also be a market shared by the world," he said.

Claire Courteille-Mulder, head of the International Labor Organization Country Office for China and Mongolia, said the blueprint for China's 14th Five-Year Plan envisages the strengthening of its domestic market through the promotion of an employment-first strategy, the development of innovation and new technology and new investment in digital and physical infrastructure.

"Given the size of its market, a strengthened consumption in China will not only be good for the Chinese economy. It could also have positive spillover effects globally," she said.