Setting out from the Urumqi Assembly Center in Northwest China's Xinjiang Uygur autonomous region on Saturday, a China-Europe Railway Express train loaded with goods was bound for Almaty, capital of Kazakhstan. 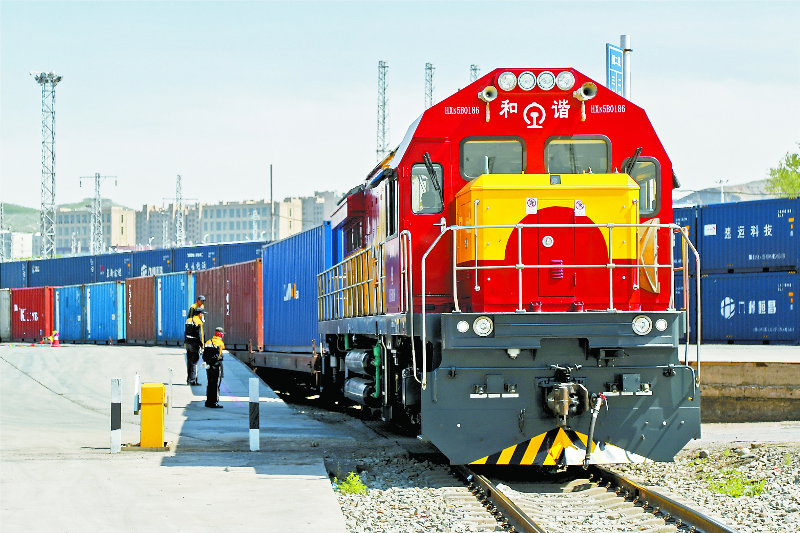 A China-Europe freight train bound for Almaty, Kazakhstan sets out from Urumqi, Xinjiang Uygur autonomous region, on May 25, 2019. (Photo/xjdaily.com)

It is the 2,200th China-Europe Railway Express train to depart from the center in three years, according to a report by Xinjiang Daily.

Since the center started operation on May 26, 2016, it has formed a complex routine, with the number of freight trains running from it increasing from one per week to three per day, said Nan Jun, deputy general manager of Xinjiang New Railway International Logistics Co Ltd.

There are 21 routes starting from the center at present, reaching 26 cities in 19 countries in Central Asia and Europe and carrying more than 200 types of goods, including general merchandise, clothing, machinery, equipment, plumbing materials, electronic accessories and petrochemicals, Nan said.

The vigorous development of the center has attracted more than 40 enterprises from across the country to settle at the Urumqi International Land Port Area.

Nan said the center will focus on constructing a transportation hub at the core area of the Silk Road Economic Belt and continue to expand the brand influence of the China-Europe Railway Express, attracting more enterprises to settle in Xinjiang to transform and upgrade the area from a "channel economy" to "industrial economy".