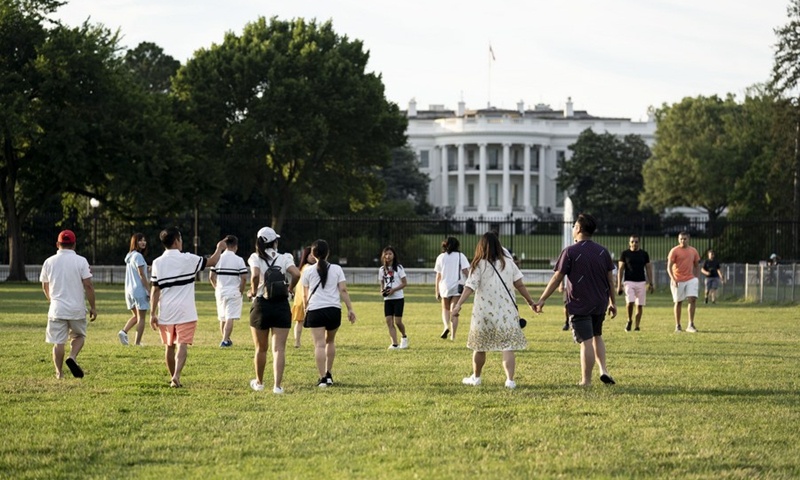 The US Senate on Tuesday approved $1 trillion bipartisan infrastructure bill after months of negotiations. Despite the US government' attempt to decouple from China, experts said the country's infrastructure push can't proceed without participation of China.

The bill includes $110 billion on roads and bridges, $66 billion for trains, $65 billion for high-speed internet and $73 billion for clean energy.

The labor force, design and construction services may go to local companies in the US but construction machinery and equipment may be imported from China to cut costs, Tian Yun, former vice director of the Beijing Economic Operation Association, told the Global Times on Wednesday.

In the first half, 26 Chinese companies exported 30,133 excavators, up 107 percent year-on-year, data from the China Construction Machinery Association showed. The US customers like to buy Chinese-made excavators.

Although the US may not import raw materials directly from China due to its decoupling attempt, it may buy them from third countries, which will stimulate China's exports, Tian added.

However, there are bound to be rising questions about the implementation of the ambitious infrastructure bill.

According to the American Society of Civil Engineers in March, the infrastructure funding gap confronting the US would be as high as $2.59 trillion.

With rising commodity prices and high federal debts, the US infrastructure bill will be on a tight budget. In this case, the most rational way is to use products with the best performance, Cong Yi, a professor at the Tianjin University of Finance and Economics, told the Global Times on Wednesday.

"China is the world's cheapest infrastructure vendor, with rich experience and the best cost efficiency. Where will the US source from, if not China?" he said. "It is expected that the US will need to import raw materials such as steel and cement from China."

The infrastructure bill is expected to raise US steel demand by 5 percent each year within the next five years, or 5 million tons each year, according to media reports. China remains a key global steel producer, and around 20 percent of the steel that the US imports comes from China.

However, considering environmental protection issues and China's net-zero carbon goals, China may not be able to satisfy such demand because the country's steel industry is shifting to "meeting domestic demand first" and "avoiding being export-oriented", Wang Guoqing, research director at the Beijing Lange Steel Information Research Center, told the Global Times.

In addition, trade barriers imposed by the US government will continue to inhibit China's steel exports to the US.