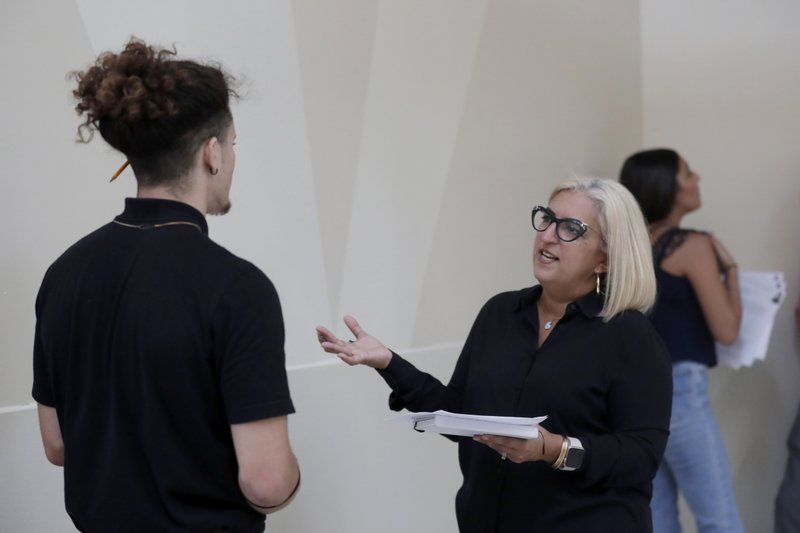 In this Oct. 1, 2019, file photo, Gory Rodriguez, of Starbucks, right, interviews a job applicant during a job fair at Dolphin Mall in Miami. (Photo: AP)

Job gains in January mainly occurred in construction, health care, and in transportation and warehousing, while manufacturing lost 12,000 jobs.