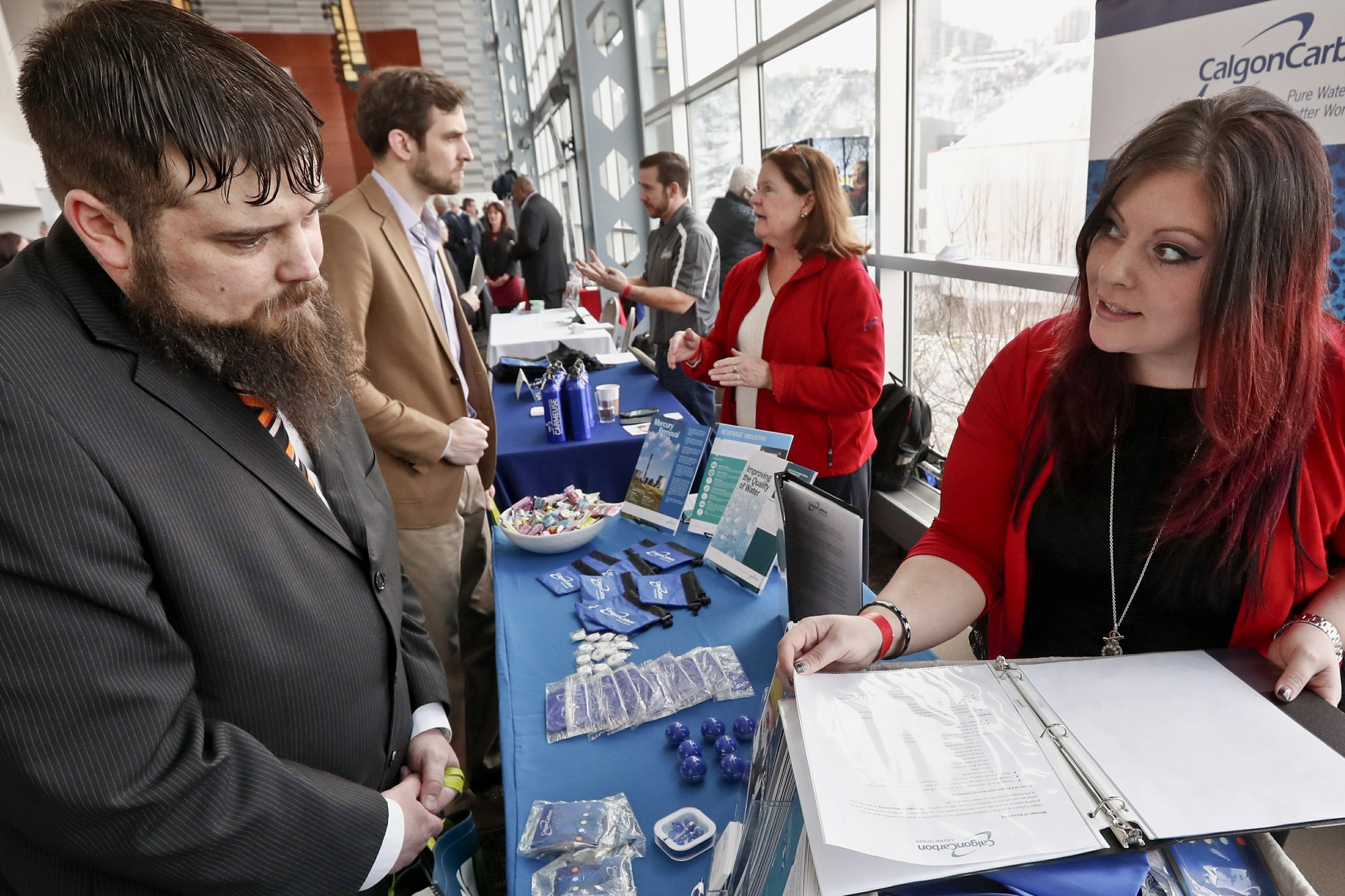 Hiring tumbled in February, with US employers adding just 20,000 jobs, the smallest monthly gain in nearly a year and a half. The slowdown in hiring, though, might have been depressed by harsh winter weather and the partial shutdown of the government.

Last month’s weak gain came after employers had added a blockbuster 311,000 jobs in January, the most in nearly a year. And over the past three months, job growth has averaged a solid 186,000, enough to lower the unemployment rate over time.

Despite the tepid pace of hiring in February, the government’s monthly jobs report Friday included several positive signs that point to a still-sturdy employment market and economy: Average hourly pay last month rose 3.4 percent from a year earlier — the sharpest year-over-year increase in a decade. The unemployment rate also fell to 3.8 percent, near the lowest level in five decades, from 4 percent in January.

“The US labor market is still in good shape,” said Gus Faucher, chief economist at PNC Financial. “Slower job growth was expected after huge average gains of better than 250,000 over the preceding four months. Job growth should bounce back in March and through the rest of this year.”

Last month’s pullback in hiring does follow signs that US economic growth is slowing because of a weaker global economy, a trade war between the United States and China and signs of caution among American consumers. Those factors have led many economists to forecast weaker growth in the first three months of this year.

The sluggish hiring and job cuts in February were widespread across industries. Construction cut 31,000 jobs, the most in more than five years. Manufacturing added just 4,000, the fewest in a year and a half. Retailers cut 6,100. Job growth in a category that includes mostly restaurants and hotels were unchanged last month after a huge 89,000 gain in January.

The financial markets scarcely reacted to the report. The Dow Jones Industrial Average, which had been down before the jobs report was released at 8:30 a.m. Eastern time, was off about 110 points in midmorning trading.

Last month, the unemployment rate fell partly because thousands of federal workers had been temporarily counted as unemployed in January during the partial government shutdown, which ended Jan. 25. Once these workers returned to their jobs, they were again counted as employed in February.

The shutdown, however, likely weighed on business confidence, and “may have made businesses more cautious about hiring into February,” Faucher said.

On a more positive note, the proportion of part-time workers who’d prefer full-time jobs fell sharply last month. That measure had risen in January during the shutdown as some furloughed government workers took part-time jobs temporarily. But in February, a gauge of what is called underemployment, which includes part-timers who want full-time work and discouraged people no longer looking for jobs, reached 7.3 percent, the lowest level since 2001.

Most analysts expect businesses to keep hiring and growth to rebound in the April-June quarter. It will be harder than usual, though, to get a precise read on the economy because many data reports are still delayed by the partial shutdown of the government.

In the meantime, there are cautionary signs. Consumer confidence fell sharply in January, held back by the shutdown and by a steep fall in stock prices in December. And Americans spent less over the winter holidays, with consumer spending falling in December by the most in five years.

Home sales fell last year and price gains are slowing after the average rate on a 30-year mortgage reached nearly 5 percent last year. Sales of new homes also cratered late last year before picking up in December. And US businesses have cut their orders for equipment and machinery for the past two months, a sign that they are uncertain about their customer demand.

The economy is forecast to be slowing to an annual growth rate of just 1 percent in the first three months of this year, down from 2.6 percent in the October-December quarter. Growth reached nearly 3 percent for all of last year, the strongest pace since 2015.

Still, economists expect a rebound in the April-June quarter, and there are already signs of one: Consumer confidence rose in February along with the stock market.

And more Americans signed contracts to buy homes in January, propelled by lower mortgage rates. Analysts have forecast that annual growth will top 2 percent next quarter.