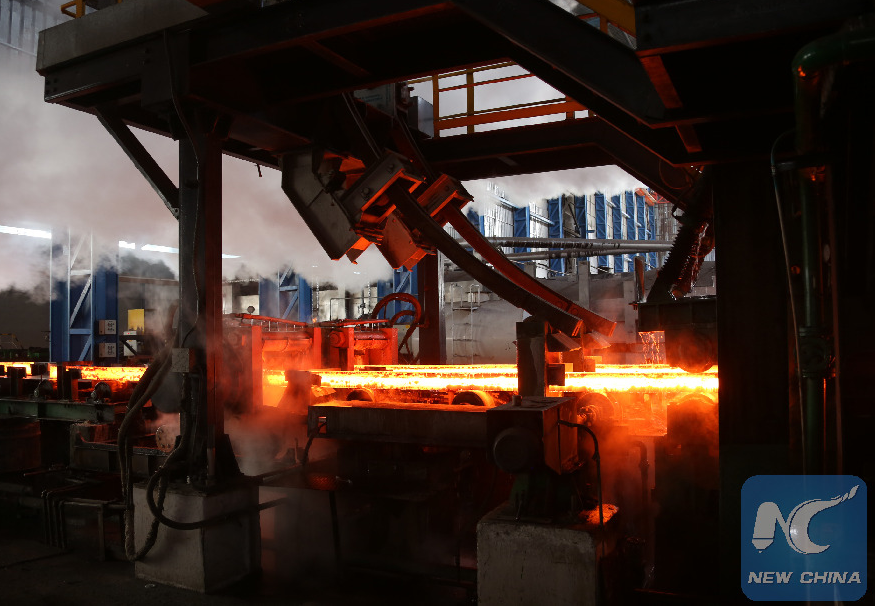 Unabashed collusion between the current US administration and the country's steel producers - to artificially blame other countries for their economic woes - has produced another wave of incredulity in America.

A film about how another country's trade policy threatens the United States, was produced by Peter Navarro, US President Donald Trump's trade adviser, the Wall Street Journal (WSJ) reported Friday, revealing that North Carolina-based Nucor, a steel industry producer, paid the astronomical 1 million US dollars' sum for the film.

The report said Nucor paid the money in 2011 to the Utility Consumers' Action Network, a nonprofit that advocates on behalf of utility customers in San Diego County of California, which in turn paid Navarro's production company to make the film, in which Tom Danjczek, then-president of the Steel Manufacturers Association, blasted government subsidies of other countries.

Navarro successfully pushed the stiff steel tariffs, which he championed ever since he joined the administration last year.

On Feb. 16, the White House announced that tariffs on imports of steel and aluminum would benefit America's steel makers. The Trump administration, for the first time, declared a threat to national security to justify the brash action.

Since the arrangement between Navarro's film and steel industry's payment now being investigated by the FBI, more questions were raised about this policy decisions that will overwhelmingly benefit the industry and that economists agree will hurt Americans' welfare.

"They're getting funding to produce a movie that supports their political views," said Washington insider and political analyst David Richardson.

"These are all ethical violations - just as Trump reversing Obama protections of beautiful wilderness areas - all meant to make his oil friends billions of dollars," said Richardson, a Seattle attorney who worked on Capitol Hill during the Reagan Administration.

"In any other presidential administration these would be shock waves - in these times, they are speeding tickets," he said. "The steel companies want protection - as irrelevant to the global economic equation as that may be."

In a report released on Friday, the US Commerce Department said a recent influx of foreign metals posed "a risk to national security" by threatening the viability of American manufacturers who make planes, armored vehicles and other products for the military.

Naturally, American steel that has seen a troubling decline in sales to customers in construction, agriculture and other industries, applauded the move.

But American industries that use steel and aluminum to make their products, including automakers and food packagers, say tariffs or quotas will cause their prices to rise and shrink their profits, and could end up costing American jobs.

Christine McDaniel, a senior research fellow at the Mercatus Center, a think tank that supports free markets, published earlier that for every one steelworker which might benefit from these trade restrictions, more than 38 other workers in other sectors could be harmed by it.

"There is ample evidence that import taxes will harm economic growth and cost American jobs," she said.

"Nobody wins in a war - whether it be military or economic," L.A. Cardona IV, a government procurement analyst, told Xinhua Friday. "Trump has announced economic war with the world - not a good idea."

"It's better off to let the markets to balance itself without interference from government or politicians," Cardona told Xinhua Friday.

While insiders say the Trump approach is an opportunity to make good his "get-tough" talk on global trade that he has long championed, they also said that erecting barriers could prompt swift retaliation from other trading partners, including the European Union.

"Trump doesn't listen to anyone - including his allies who warn of reciprocal action in response to protectionist measures. This will undoubtedly further erode relations with foreign allies and might inadverdently raise prices for American consumers," Cardona said.