BUSINESS US agency to pay for 11,000 miles of fuel breaks in 6 states 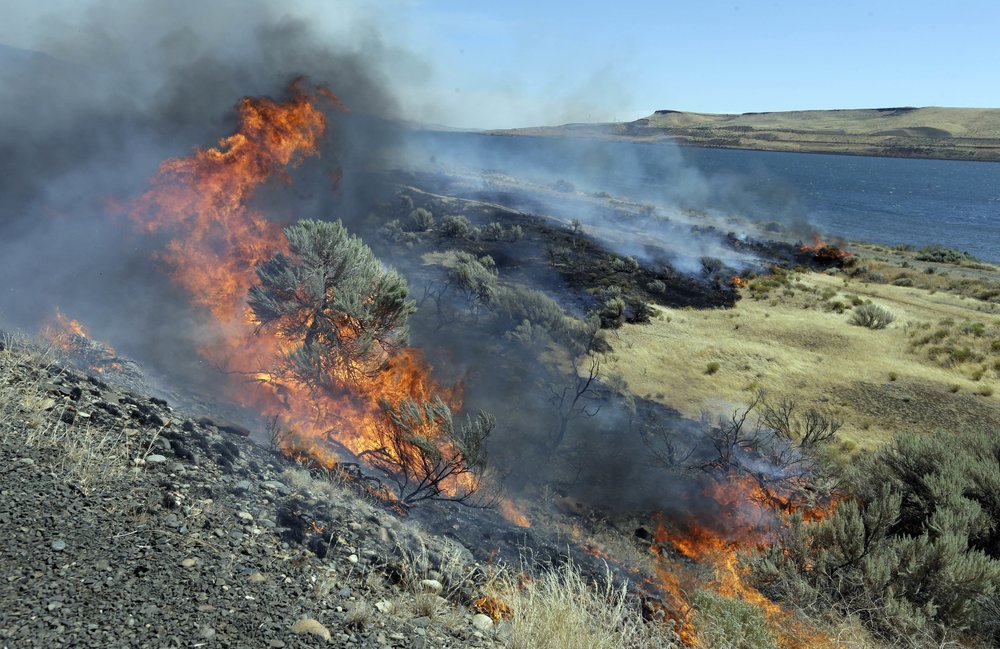 In this Aug. 5, 2015, file photo, a wildfire consumes sagebrush as firefighters let it march down to the Columbia River on the edge of Roosevelt, Wash. (Photo: AP)

The Bureau of Land Management has announced plans to fund 11,000 miles (17,703 kilometers) of strategic fuel breaks in Idaho, Oregon, Washington, California, Nevada, and Utah in an effort to help control wildfires.

The fuel breaks are intended to prop up fire mitigation efforts and help protect firefighters, communities and natural resources, The Oregonian reported Saturday.

According to the BLM, wildfires are becoming bigger and more frequent across the Great Basin states. Between 2009 and 2018, more than 13.5 million acres of BLM land burned in the project area.

“Recovering from the devastating effects of wildfires can take decades in the rugged, high-desert climate of the Great Basin. These tools will help firefighters contain fires when they break out,” said acting Assistant Secretary of the Interior for Land and Minerals Management Casey Hammond in a news release. “That’s why creating fuel breaks is incredibly important to the entire basin, the people who live in these communities, and our wildland firefighters.”

Fuel breaks are intended to break up fire fuels by creating breaks in vegetation that slow a blaze’s progress. By implementing them strategically, they help firefighters control the spread of fire, and can protect homes and resources.

Some scientists debate the effectiveness of fuel breaks, raising questions about whether these efforts are worth funding.

But the BLM reports that assessments of more than 1,200 fuel breaks found that 78% of them helped control wildfire and 84% helped change fire behavior. According to the news release, “the BLM has extensively documented that fuel breaks, and other types of fuel treatments, are effective.”

Jennifer Jones, a spokeswoman for the BLM, said the program will help streamline the implementation process by reducing or eliminating the need for environmental analysis.

The timeline for implementation and the location of fuel breaks will depend on what offices develop plans and apply for funding.

Because BLM offices have not requested funds, said Jones, the BLM can’t provide a figure for what the plan will cost.

The public can comment on the plan for the next 30 days, after which the BLM will make final decisions.