US antique car dealer vying for Chinese market at CIIE

A US antique car dealer is attending the ongoing China International Import Expo (CIIE) in Shanghai and vying to establish a foothold in China's untapped market of antique car enthusiasts. 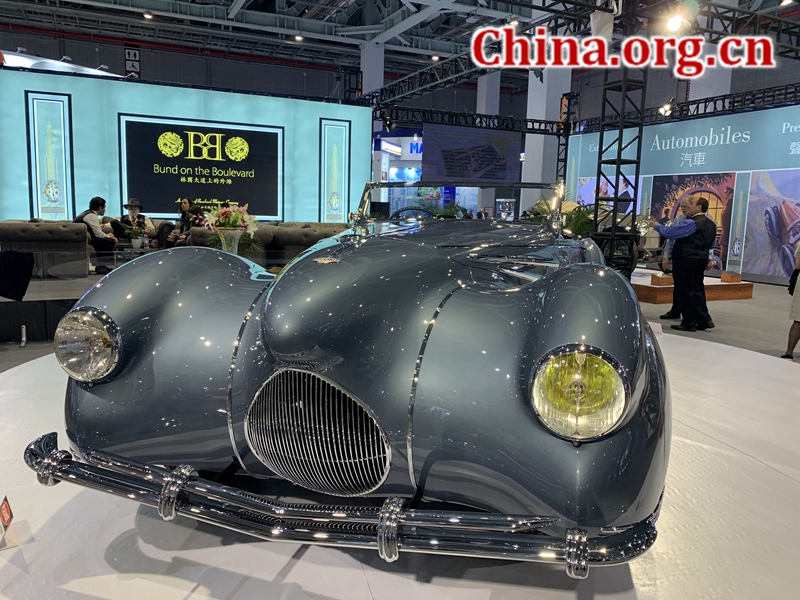 Bund on the Boulevard is bringing a fleet of five luxurious antique cars to the import expo, which signifies the company's first public appearance in the world's second largest economy.

The fleet includes the 1916 Stutz Bearcat, the 1947 Delahaye 135M Narval and the 1934 Hispano Suiza J12 Berline. These antique cars are considered to be the most classic or luxurious automobiles in their eras and could be worth tens of millions of dollars combined.

Charles Bronson, CEO of the company, said he chose to attend the expo after he heard news of the success of the previous expo.

"We saw this as an opportunity because there has always been a huge demand in China for antique cars, and we got here as quickly as we could," he said.

Bund of the Boulevard is an affiliate of the Boulevard Motorcar Company, one of the world's largest antique and vintage car dealers which operates in the United States and throughout Europe. This new company is specially targeted at the Chinese market, according to Bronson who also founded the parent company.

"Through this platform, we want to show the history of the cars and their culture, and be able to show the world that China is open to business," he said. "We're very interested in being a friend of China and doing business with the people here."

Bronson also told China.org.cn that he will try to facilitate people-to-people exchanges between China and the United States by inviting Chinese friends to America to experience driving these cars, and bringing American people to China to meet their Chinese counterparts who have the same interest.