BUSINESS US approval for auto chip sale to Huawei made under pressure from domestic firms' losses: analyst

US approval for auto chip sale to Huawei made under pressure from domestic firms' losses: analyst 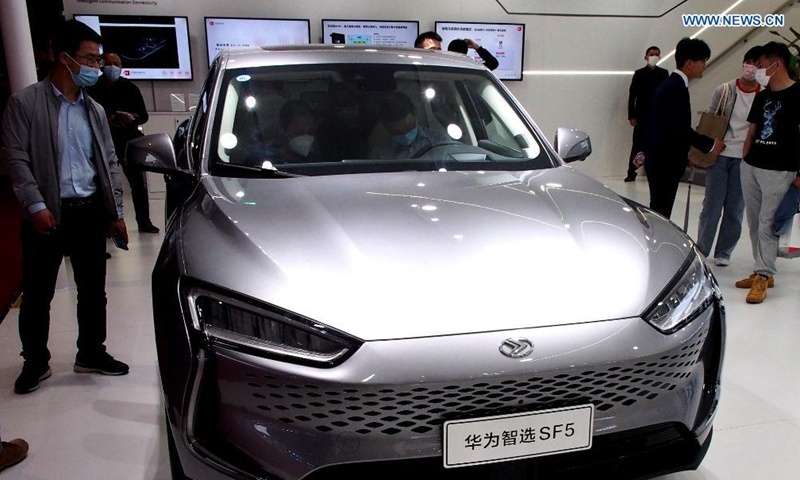 The US has reportedly approved the sale of some vehicle chips to Chinese leading technology company Huawei. Rather than a sign of the relaxation of the ban, Chinese analysts said it came under pressure from a wide range of US manufacturers, which were the biggest losers during the past two years.

For the sake of US businesses, more sale licenses will be approved, analysts predicted, while noting that any further move from the US side will not affect Huawei's strategy to make technology breakthroughs and focus on businesses that are less susceptible to US trade bans.

US officials have approved license applications worth hundreds of millions of dollars for Huawei to buy chips for its growing auto component business. Licenses are authorized for suppliers for such vehicle components as video screens and sensors, Reuters reported on Wednesday, citing two people familiar with the matter.

Asked about the licenses, the report cited a US Department of Commerce spokesperson, who said that the US government will continue to apply licensing policies "to restrict Huawei's access to commodities, software or technology for activities that could harm US national security and foreign policy interests."

Huawei did not responded to a Global Times request for comment as of press time on Wednesday.

Huawei is not a car manufacturer, and its car unit is just one of its emerging businesses, so the new approval may only have slight significance for the firm, Xiang Ligang, director-general of the Beijing-based Information Consumption Alliance, told the Global Times on Wednesday.

Huawei has frequently defined itself as a new component provider for intelligent connected vehicles, and its aim is to help original equipment manufacturers build better vehicles, rather than being a carmaker itself.

It's Huawei's suppliers, which are highly reliant on Huawei products, rather than the company itself that are hoping the US could soften its hard-line position, Xiang said.

Before being put on a blacklist by the Trump administration, Huawei was one of the US chip sector's biggest customers. It spent around $12 billion a year buying chips from the US, and contributed 40,000 US jobs, according to media reports. Over the past two years, although the ban was designed to hurt Huawei, those curbs actually hurt many American businesses.

In February, Reuters reported that US semiconductor firms were seeking extra time to appeal last-minute Trump administration moves to block sales to Huawei, hoping against the odds that the Biden administration would reverse course.

"Billions of dollars of US technology and chip sales to Huawei hinge on how the Biden administration applies export restrictions the Trump administration put in place," said the report.

"The US will relax chip bans on Huawei in the future; since it has already realized that its sanctions could be less threatening to the Chinese firm's overall business than previously thought, and US firms' businesses also hinge on the company," Ma Jihua, a close Huawei follower and a veteran industry analyst, told the Global Times on Wednesday.

The US has been allowing a growing number of chipmakers to supply Huawei with components as long as these are not used for its 5G business.

Moreover, the sanctions imposed on Huawei are hurting the global semiconductor industry because they have disrupted trust among participants in the sector, and also led to panic stockpiling among firms over the last two years, Ma said.

The US has found the chaos it created is "burning down its own house", Ma said.