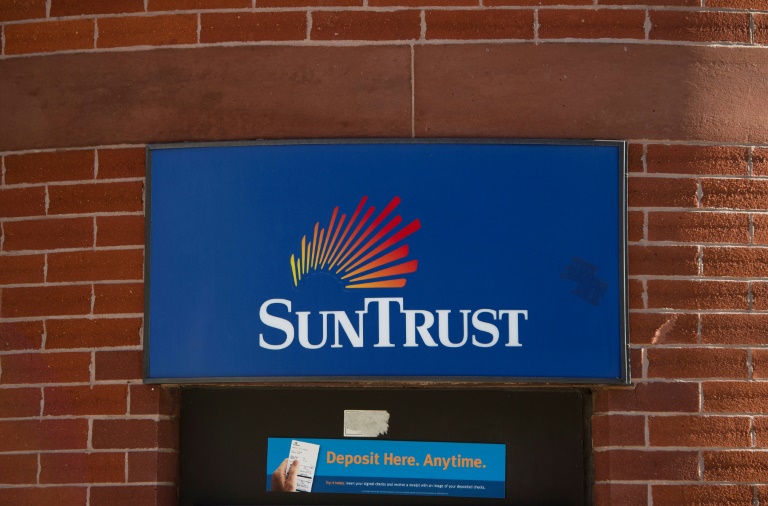 BB&T and SunTrust announced Thursday they are to merge in a $66 billion deal that will create the sixth largest bank in the United States.

The companies said in a statement that both boards had approved the all-stock tie-up, which gives the new organization $442 billion in assets, $301 billion in loans, and $324 billion in deposits serving more than 10 million households in the United States.

The deal is expected to close in the fourth quarter of 2019 subject to "customary regulatory approvals" as well as endorsement by the shareholders of each company.

The merger comes with Democrats newly in control of the powerful House of Representatives committee overseeing banking. Financial services committee chairwoman Maxine Waters has warned that the days of lax oversight are over.

President Donald Trump's administration has sought to cut regulations in a variety of sectors. Congress has eased scrutiny of smaller banks, but those with more than $250 billion in assets still face stringent oversight.

Atlanta-based SunTrust, and BB&T of Winston-Salem, North Carolina, said the combined company -- to be based in Charlotte, North Carolina -- will operate under a new name and brand, reflecting "the equal contribution both banks bring" to the venture.

"This is a true merger of equals, combining the best of both companies to create the premier financial institution of the future," BB&T chairman and chief executive officer Kelly King said in the statement.

"It's an extraordinarily attractive financial proposition that provides the scale needed to compete and win in the rapidly evolving world of financial services."

Sun Trust CEO and chairman William H. Rogers said the companies shared a culture which "embraces the disruption of technology" and would be a strength of the new organization.

"With our geographic position, enhanced scale and leading financial profile, these two companies will achieve substantially more for clients, teammates, associates, communities, and shareholders than we could alone," he added.

Matt Stoller of the Open Markets Institute, which follows monopoly issues, expressed concern however that the deal could further concentrate market power.

King will have the same titles in the merged firm, while Rogers will become president and chief operating officer.

Executive management will come equally from both firms, they said.

Assets of the two banks are roughly equal at the moment. BB&T has more than 1,800 financial centers in 15 states and the capital, Washington, while SunTrust's branches focus on the "high-growth Southeast" and Mid-Atlantic states.

In 2015 BB&T completed a $2.5 billion takeover of regional bank Susquehanna.