BUSINESS US bicycle manufacturer troubled by US tariff hikes

US bicycle manufacturer troubled by US tariff hikes

PARSIPPANY, the United States, June 10 (Xinhua) -- When asked to describe the impact on his business of additional US tariffs on Chinese imports, Arnold Kamler, CEO of American bicycle manufacturer Kent International, Inc., described it as "a punch in the gut." 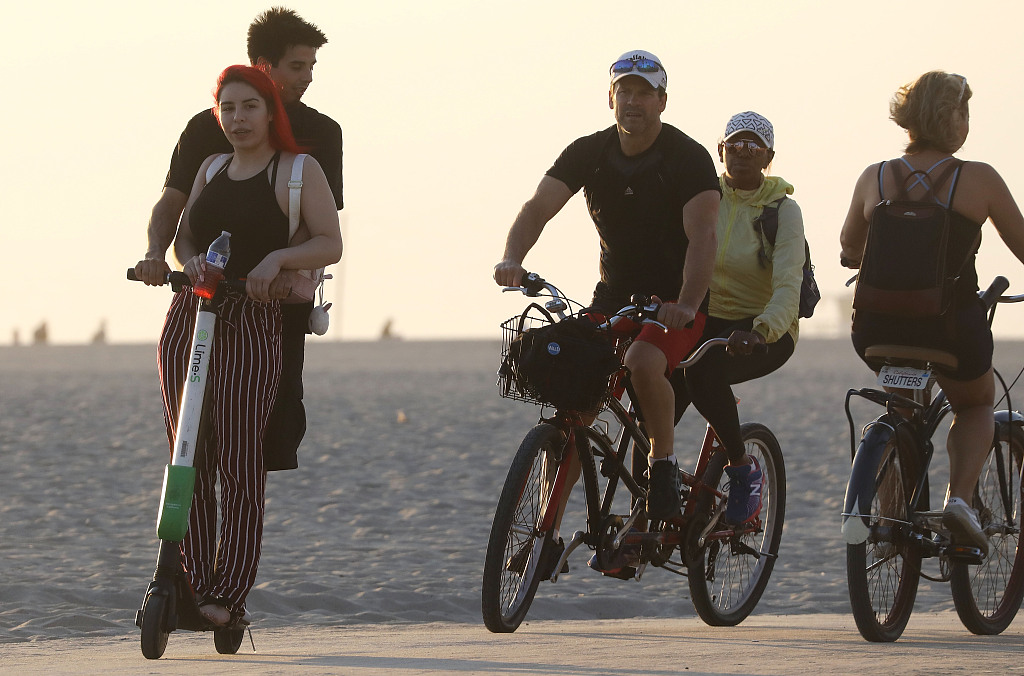 For businesses, when the costs rise, whether it be ocean freight expenses, tariffs, or currency factors, there is always "a time gap" between starting taking the hit and actually transferring the added costs to customers by raising prices, said Kamler.

"It causes us to lose a lot of money during that period," the entrepreneur said. "We are paying for the tariffs."

The US economy suffered a loss of 7.8 billion US dollars last year because of US trade disputes with other economies, according to a study published by the National Bureau of Economic Research, a US nonprofit research organization.

According to Kamler, the 10-percent extra tariffs imposed by Washington in September raised Kent International's overall costs by 7.5 percent. When the company was forced to pass on the additional costs to US consumers, the sales dropped last fall by about 5 percent.

Now, as the company, which imports some 2.5 million bikes from China annually, is bracing itself for the impact of additional tariff hikes, Kamler said he worried about further sales reduction due to higher prices of the bikes.

"We are concerned that coming into the Christmas and the holiday season, this can hurt business," he said.

The bike business that Kamler is running was started by his father in 1958. After weathering various turns in the industry, the family business now becomes a leading US supplier of imported and American-made bikes.

China, which has developed an expertise in the bike industry, has been the main source of supply for Kent International and many others for the past several decades, contributing greatly to their stories of success.

"The free enterprise system is alive and well in China," said Kamler.

"We've chosen China as our major sources of supply because they are delivering excellent quality products at very affordable prices," he added.

On the wall of Kamler's office in Parsippany, New Jersey, there are pictures of his family's memorable moments and those of his Chinese business partners and their family members.

"We've had a great success in working in China with our Chinese partners. We operate with them not just as customer supplier. We've developed a very close rapport with them," said Kamler.

"Actually, my elder son is getting married next month and five people from China are coming over as special guests for the wedding," he said. "So it's not just a customer and a buyer. We operate as family."

However, heavy tariffs unnecessarily levied on products key to the business have posed an unprecedented challenge not only to his business but the partnership with the Chinese as the company is considering alternatives to the China-made products.

Relocating production comes with great risks and no one wants to gamble on quality or safety, Kamler warned.

"There are no small mistakes we can make. Any mistake is going to be very big, and we certainly can't afford to do that," he said.

What made him even more frustrating was that the tariff hikes hampered his expansion plan at the factory in Manning, South Carolina, where his employees assemble 350,000 bikes each year with component parts mostly from China.

Kamler said his previous goal was to gradually increase the annual production to more than 1 million in the next few years while creating nearly 200 more jobs.

"But any plans for that kind of expansion are on hold until this tariff issue settles," he said.

"It's unfair to us and to many other companies," said Kamler. "While there are disputes on trade that need to be resolved between our countries, I'm wondering why our company is the one having to pay the price for this."

For years, the US bike industry has been witnessing a drop in the number of bike-riding children as the younger generation spends more time online.

"With this challenge, plus now the price increases caused by these tariffs, it puts a strain on our business and puts doubt in our future," Kamler said.

Although he remained confident that his company would survive, Kamler called for policy certainties from Washington.

"We'll survive this, but in the meantime we just don't know where we're going to be today, tomorrow, the next day," he said. "We have played by all the rules, but they keep changing the rules on us."