DETROIT, the United States, June 26 (Xinhua) -- Detroit Bikes, a bike company in far western Detroit founded by Zakary Pashak after he moved here in 2011, is said to be the only bike frame manufacturer in the United States and one of not so many that have an assembly line. 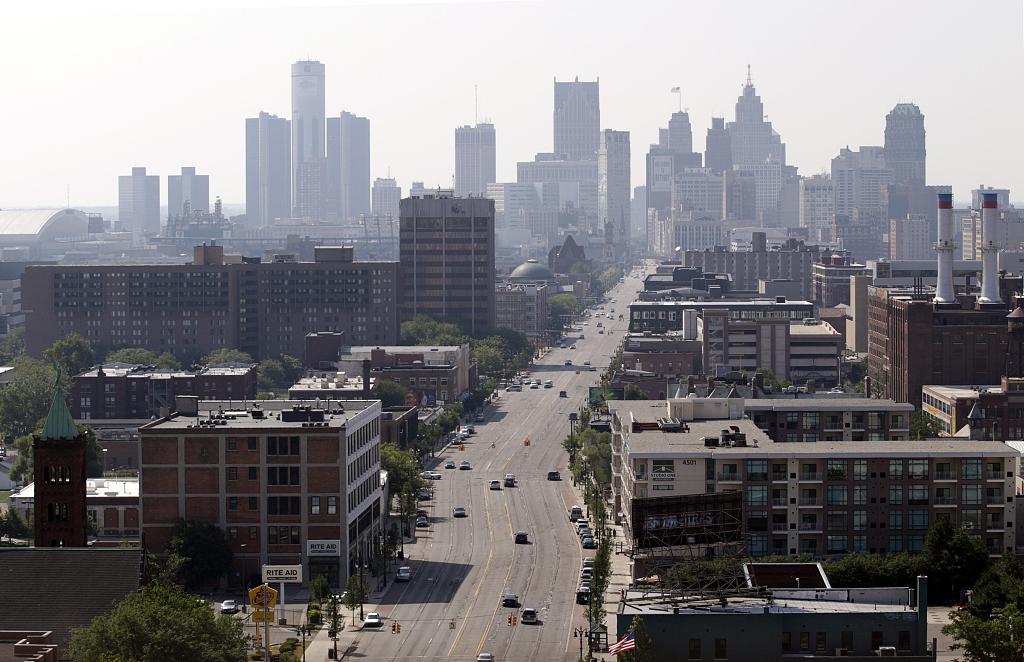 Buildings stand in the skyline of Detroit, Michigan, US. (File photo: VCG)

That allows Pashak to suffer less from the escalating US-China trade tensions -- Washington last year imposed additional 10-percent tariffs on 200 billion US dollars of Chinese imports, including completed bikes and some spare parts, and recently raised them to 25 percent.

"It's harder on my competitors. So it's worse for them than it is for me," Pashak told Xinhua in a recent interview.

Pashak's situation is relatively better because his company, unlike most in the US bike industry, doesn't import completed bikes from China, whose tariffs are now as high as 36 percent. But he still has to bear extra cost as long as he imports Chinese spare parts, including rims, spokes and tires, for assembly in his factory in Detroit.

Yet, ultimately, it's the US consumers who pay the price.

He said he moved to the "Motor City" in the state of Michigan to find business opportunities.

"Cities are changing. Fewer people want to drive in a city now," he said. "Most American cities are trying to find ways to get more people to ride bikes. So I thought this could be a growth industry ... I took a shot at it."

He admitted that opening a factory was not easy, especially when bike-making had been disappeared in the United States for a decade or so.

"I couldn't find anyone who knew how to make bikes or anyone who could run a production floor. I didn't know how to get any tools. For a bike factory, all of that stuff has to be rebuilt. It's very, very difficult because you can make so many mistakes in manufacturing," Pashak said.

"So when an industry leaves the country, it's a serious and significant thing. It's very hard to bring it back. And that's what America faces right now," he said.

The tariffs are not helping create jobs in the US bike industry but only forcing businesses to look at alternative sources, including Cambodia, which would contribute to job creation in those places instead of the United States, Pashak said.

What is even more noteworthy is that it would take years, along with huge investment and great attention, for those alternatives to be able to make as good products as China has been doing for decades, he said.

"I don't think it's possible to completely remove China from the equation. There's too much there. There's also great engineering. Dealing with Chinese factories is a pleasant experience," Pashak said, adding, "we don't see that type of efficiency in the United States."

He also said more people have been reaching out to him for potential cooperation because of his manufacturing facility as US businesses hit by the trade tensions are seeking ways to work around the tariffs.

Excluding China is not a feasible option, he said, adding that China has to be part of it if he wants more business success in the future.

"It's everything. It's the most important place in the global supply chain," Pashak said.